Inspired by recent good diaries on the history of Spain or WWII Poland, here is a little foray into Hungarian history.

"...Bernard Lewis has said that Europe will be Islamic at the end of this century...  if he is right, the liberation of Vienna in 1683 would have been in vain." _outgoing EU Internal Market Commissioner Frits Bolkestein, on 06.09.2004

I won't write about the merit of Lewis's claim or Bolkestein or Turkey's accession - more about an angle of the events of 1683 ignored in Europe and usually in Hungary too - about certain allies of the Ottoman invaders and how it came to be.

In Hungarian history, the years between the taking of Buda (the onetime royal capital, much later merged with the left-bank merchant town into Budapest) with a trick in 1541 and the re-taking of the city in 1686 is called the '150 years of Turkish subjugation'. (Actual conflict with the Ottoman Empire begun about two centuries earlier and lasted one more after.) This period ended for once and all Hungary as an independent major European power.

The Kingdom fell into three parts: the Ottoman-controlled Center and South, the Habsburg (Austrian) controlled North and West, and semi-independent Transssylvania in the East (who most of the time paid tribute to either of the other two). Open war broke out regularly, and even 'peacetime' had constant squirmishes.

Tough they built a lot of minarets and turned churches at royal/feudal seats into mosques, the Ottoman occupiers, unlike the Christians before and after, allowed locals to retain their faith and traditions. On the other hand, after conquest, members of the army or accompanying 'merchants' took a lot of locals as slaves.

Worse still was the fate of border regions. You see, in those times there were no real borders: there were wide regions where armies and tax collectors of both sides roamed the land.

But by far the worst destruction came between 1591-1606. What was the 30-Years-War for Western Europe and The Deluge for Poland was the 15-Years-War for Hungary.

Habsburg Emperor Rudoph I tought the Ottomans can now be beaten, and attacked with help from the rest of Europe. But the Ottomans quickly beat back, and the following dozen-year quagmire ended in a near-status-quo.

However, the quagmire brought incredible destruction. The main force on the Habsburg side were mercenaries (most of them Walloons), who, for lack of pay, saw fit to expropiate peasants and let them starve, if they didn't rape and kill and burn them for fun. Whole swathes of land were depopulated. (As a result, after the Habsburg re-population programmes, by the end of the 18th century, native Hungarian speakers were down to 40% of the population on the onetime kingdom's area.)

No wonder nationalist movements begun to side with the Turks against their fellow Christians.

First let me claim that nationalism is something recent, and our view of the past is often spoilt by a re-framing of past events in new terms. Modern nationalism (if we ignore the Warring States period of China) first developed in France, growing from the 100 Years War. Generally speaking, in countries that were kingdoms, the sense of community called nationalism had its origins in the sense of community of the feudal class in that country, a class that won privileges and the right of some autonomic self-rule from the king (Magna Charta etc). And even then, there were other senses of community.

In Hungary, contrary to the presently common notion here, at the beginning the fighters against the Ottomans primarily saw themselves as Christians (not Hungarians). Later, sovereignist opposition to the Habsburgs first came from aristocrats, from the feudal class - most notably the protestant part of it, which was incensed by the starting Counter-Reformation. The end of the 15 Years War was itself forced by a major feudal rebellion (lead by Transsylvanian principal István Bocskai, who 15 years earlier organised support for the Habsburg war effort).

But in the course of the 17th century, the constant anti-Habsburg rebellions (and the brutal Habsburg retributions) grew a culture, and a peasant base - in part because participants of earlier rebellions sought a hiding among peasants, living in poverty like them (bujdosók - "the hiding"). So the feudal, protestant and peasant Habsburg-hates fused, and a wider sense of nationalism developed. 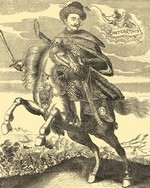 So it happened that the up to then largest anti-Habsburg rebellion, the one led by the bujdosó count Imre Thököly (above), had wide support. By 1682, Thököly's armies conquered most of Northern Hungary. Thököly wanted to be a re-unifier. And he, like most of the prior rebels, allied himself with the Turks against fellow Christians.

And so it happened that when the Ottoman Empire decided to invade Vienna (partly because it had enough of Habsburg incursions), it got enthusiastic support from Thököly and the majority of Hungarians who supported him - whose troops conquered land ahead of the Ottoman armies.

After the 1683 Siege of Vienna was broken with Polish help, the Habsburg ruler seized the moment - and again called for troops from all over Europe, to conquer Royal Hungary. Thököly's rule in Northern Hungary collapsed too (but an even bigger rebellion broke out in 1703).

This reconquista was no less brutal than the Spanish. When Buda - then ruled by a convertite, a born Swissman - was re-taken, three years after Vienna, the victorious armies acted like the Crusaders who took Jerusalem: everyone was slaughtered, raped, burnt.

Well, it's more complex than victors writing history. For example, the contemporary accounts of the bloody aftermath of the taking of Buda (see above) were from among the victors. But what is repeated in books for the wider public, what became 'common knowledge', ignored this evidence. So even without going into the reliability of historical records, it is difficult to learn from history because most people deal with mythologies spun at one age or other rather than accessible facts.

(Thus today, built on successive Habsburg-era and nationalist-era spin, the 'common knowledge' is that Hungarians valiantly fought the Turks, while the Crescent Moon exerted a terrible yoke for 150 years, then Christian armies stopped their last onslaught, after which Buda was gloriously liberated, but then neglect led to rebellion.)