LETTER TO MY EDITOR

The following is the letter I wrote to my editor, at a newssource that wants my stuff, but wants me to conform to the rule of "Just The Facts, Ma'am."  He said he would run the stories, minus the advocacy.  Fair Enough!

"I would humbly offer that if we give people the knowledge, the republic will be saved. The media is the only entity in America that has complete freedom to hold government accountable."

Do I want you to run my stories?  Yes.  Can I curb myself?  Yes.  But does it bother you that other articles of mine are gettting printed in other places for other publications with other agendas?  No problem.  I write under so many names now I could use a rolodex.

I didn't know I was such an advocate.  I have said sign this letter and go with this organization.  I have mentioned support of Congressman Conyers, and join the AfterDowningStreet.org Coalition.  But that's because I was writing for dKos. These things I can take out no bother.

I have three kinds of articles:

Yes, some of my pieces are on fire and Uruknet lets me print the F word.  I could not split my personality in order to do a job.  However, as wild and strong and stubborn as I am, I respect foremost the truth and the people's ability to make the wise decision if given the truth.

My investigative stories are good.

My op eds are inspired by Jimmy Breslin and Art Buchwald. 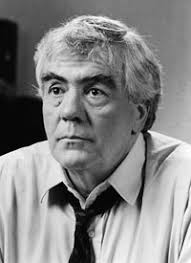 My humorous pieces are hard to describe, but I think they're coming out of the Algonquin Hotel and Dorothy Parker.

Politically and journalistically I am nothing but Orwellian.

Having lived in Ireland for the last 15 years, and being a passionately patriotic ex-patriot, and speaking a bit of a few languages, gives me a unique point of view.

I am especially glad to have been out of the US for the last 15 years, and that I don't watch TV... so I have a brain that hasn't been brainwashed.  That's probably my best qualification.

The problem is that I can't help a persuasive tone because I was raised in the Civil Rights movement.  At some meetings I attend people tell me they think they're listening to Martin Luther King.  (In those meetings, that means you're grandstanding again.) My writing syle derives in great part from MLK as well, having heard his speeches live, and having read again and again all of them.

"I am a Drum Major for Justice."

I have a lot of defects.  But in spite of them, I am a fairly good writer.  I have respect for words and for truth and for the people's ability to read, comprehend and judge for themselves.  People are able, if you give them the facts, to cut through the "spin" and ask questions.  Like, "what does this media source want me to think about this story?"

So, I would have to have everything edited (with a red pen) before it was printed.  I would want to feel free to send you everything.  And just to know "not suitable" or "change this" or "can you back this up?" and especially, if you thought I did a good job, I would have to hear: "Good Job!"  (sort of like a puppy in that way)

How can one report objectively about the horrific corruption in American government in this age?  Hunter S. Thompson was, after all, a great and unique journalist.  I found his response to be entirely bang on.  "Let the punishment fit the crime" type of reporting.

News stories are about searching out corruption in government and bringing the people to the point of awareness, anger (or pathos) and action.  Some of the best stories would make one's blood boil, or make one laugh, or make one curious to find out how things connect.  Good stories are factual they show how the bastards can't help but reveal themselves... in what they say... in the way they use their influence...  "All great literature is based on a common theme: the case of mistaken identity."

At finding things out... I am pretty damn good.

The problem is this:  ILLITERACY.  That's why I try to make all my stories a figure it out for yourself kind of experience.  The problem with our present age is that you have the dumbing down of language the erosion of meaning.. for that I blame our illiterate president.  That results in writers like me who are poor excuses for the great writers of the past.

Get back to me ASAP.  Working on exclusive for "Other Newsource".

(I can't help myself... maybe if we are associated you can help me)

(Considering the above, I'd have to take the Marxian solution: "I wouldn't want to belong to any organization that would have me."  Groucho Marx)

Well, what happened?  I got the job, but meanwhile I had some editors fighting over exclusives from me.  So I went with the best news source of the lot.  That was swell, until that news source asked me to stifle a story that really needed to go out.  So I allowed myself to be scooped because it served "the higher cause."  Hey!  Wait a minute!  Screw that!  I ended up fighting for:

They wouldn't take my title.  They diminished my name, and demoted me to a researcher, and they stripped the meat off my article and left me to try to peddle the bones.

Welcome to the pirhana tank of real journalism!