Promoted from the diaries ~ whataboutbob

As there was some demand for it last week, I offer you a new bridge: 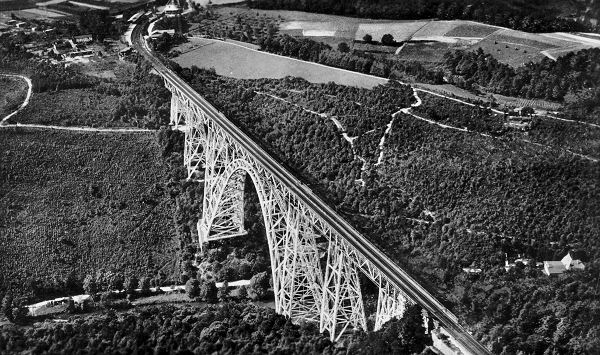 Although this bridge is only about 30km from where I was born, I never actually visited it. I have to admit in my shame. But what is so special about this bridge?

It is the highest Germany Railway bridge. Highest, because although it is small than the Cologne cathedral it is higher than the Statue of Liberty . 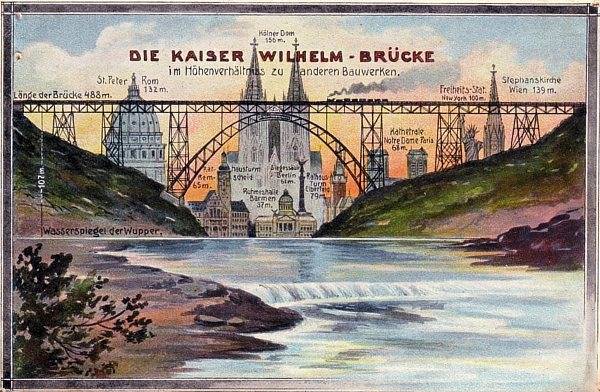 But it is also an engeneering feast from the time, when the Eifel tower was being build and the prater in Vienna.

here is another picture from its construction time. 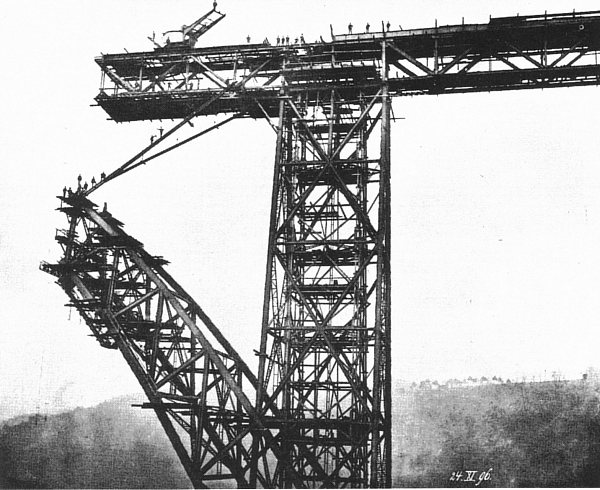 Thanks to this chap and if you are interested to read more about the bridge, I recommend you pay his site a visit.

silly comparisons:
with 0.1% of the weight of the pyramids but 73% of their height, the bridge could have been build accross the Mediteranean Sea with a lenght of 500km, if they had used the same weight as the pyramids.

Apparently at its inauguration, they drank one beer for each metal beam. Well that might be a rumour...

I promise, after doing this research, I will go there when I next visit my brother who only lives 10 miles away from the
Müngstener Brücke