Convictions of al-Qaeda members in Spain

Almost four years to the day after the 9/11 disaster Spain convicted 19 out of 21 al-Qaeda suspects to jail.  The sentences ranged from 27 years for Imad Eddin Barakat Yarkas, the alleged leader of the al-Qaeda cell, to 7 years for Tayseer Alouni, an al-Jazzera journalist accused of aiding the cell as a courier.

Yarkas and two other al-Qaida suspects were charged with the specific offence of helping to plot the 2001 attacks. Judges in Madrid today acquitted the two other men of charges relating to the September 11 attacks, although one of them was found guilty of collaborating with a terrorist organisation.

The cell Leader Yarkas, a father of six, was found guilty of overseeing a cell that provided logistical cover for the September 11 plotters, including Mohamed Atta, who is believed to have piloted one of the two hijacked planes that destroyed the World Trade Centre in New York.

The trial, which involves 21 other suspected cell members, mostly Muslims of Syrian or Moroccan origin, is Europe's biggest of suspected al-Qaida members. The defendants are accused of terrorism, possessing illegal weapons and other offences. All have denied the charges.

A panel of three judges has heard evidence from more than 100 witnesses during the two-and-a-half month trial, which has taken place at a high-security courtroom on the outskirts of Madrid.

Al-Qaeda was spawned out of an afghan resistance movement called,Maktab al-Khadamat (MAK), allegedly founded in 1984 by Osama bin Laden and a Palestinian known as Dr. Abdullah Yusuf Azzam or the "Godfather of Jihad".  The initial idea was to recruit and train Mujahedin fighters to fight in the Jihad against the Soviet aggressors in Afghanistan. 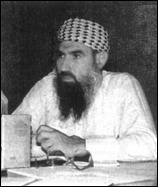 After Dr. Azzam was killed in a car bomb explotion in Pakistan in 1989, bin Laden took over the organization and developed it into a network of interrelated organizations in preparations for a new kind of Jihad, this time expanding the Islamic struggle to other parts of the world.  In effect this meant Islamic expansion by war.

Al-Qaeda now focused on educating and training Islamic militants and sending their "soldiers" back to Muslim countries to form their own Islamic Jihadist movements outside Afghanistan.  Some of their new operatives were sent to the United States and Europe to form militant cells for future operations in the west, culminating into the attacks against the World Trade Centre's in 1993 and 2001, the Madrid bombings in 2004 and now latest the London bombings in June 2005.

This article is also available at Bitsofnews.com.