WASHINGTON (SpaceNews) May 3, 2010 -- The problem has prompted the U.S. Army to suspend the use of Excalibur 155-millimeter guided artillery shells that rely on GPS to enhance their accuracy. "If the SAASM receiver within the unit doesn't pass the correct information to the precision guided munitions, the round could fall on friendly troops or civilians," the Air Force said in the April 30 posting justifying the sole source award to Trimble.

The only other affected weapon system the Air Force identified by name is the U.S. Navy's X-47B, an unmanned combat aerial vehicle demonstrator built by Northrop Grumman. According to the Air Force, the Navy's X-47B program office is losing almost $1 million per day while the vehicle is grounded.

"Until all the affected receivers have been `inoculated', Government and military users will continue to be impacted," the Air Force said.

The Air Force Space Command's Los Angeles-based GPS Wing has assembled a User Equipment Crisis Action Team to contact military users around the world, including in Iraq and Afghanistan, to verify whether they have any of the affected Trimble receivers in their equipment.


The most recent upgrade to the GPS ground control segment created an incompatibility issue with a specific type of military GPS receiver used on at least 86 different U.S. weapon systems, some of which cannot be used until the problem is fixed, according to the U.S. Air Force. 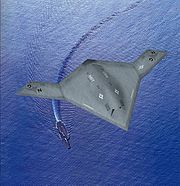 The Air Force said in an April 30 posting on the Federal Business Opportunities website that it gave a $900,000 sole source contract in February to the receivers' maker -- Trimble Advanced & Military Systems of Sunnyvale, Calif., -- to help the Air Force Space Command's GPS Wing track down and modify the affected hardware.

Some 8,000 to 10,000 Selective Availability Anti-SpoofingModule (SAASM) GPS receivers deployed in a variety of weapon systems are having trouble authenticating a new messaging format implemented as part of an upgrade to the GPS Operational Control Segment, the Air Force said. The prime contractor for the GPS ground system is Boeing Defense, Space & Security of St. Louis. Boeing spokeswoman Diana Ball said May 3 she was not aware of any problem with the GPS ground system. A phone call to Trimble's press hotline May 3 was not immediately returned.