In the early days of Amtrak, the agency simply wrote checks to support passenger train operation, but otherwise it was still very much business as usual.  These images, from 120-size slides, show the carrier in Chicago in late July or early August of 1971.

One clue that somebody new was running the trains is this Santa Fe rake, still known as the Super Chief, departing the south side of Union Station.  The Pennsylvania Railroad freight house, which came down in 1973 or 1974, obscures the construction of the Sears Tower just across the river. 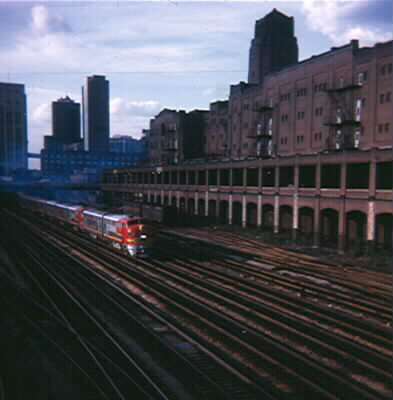 The commingling of equipment that subsequent train enthusiasts would refer to as the "rainbow era" is yet to come.  Santa Fe cars stayed on Santa Fe rails, Milwaukee Road cars still provided the corridor service to Milwaukee, Illinois Central trains still arrived and departed from Central Station on the lakefront, and Penn Central passengers still had to deal with the aftermath of the merger. 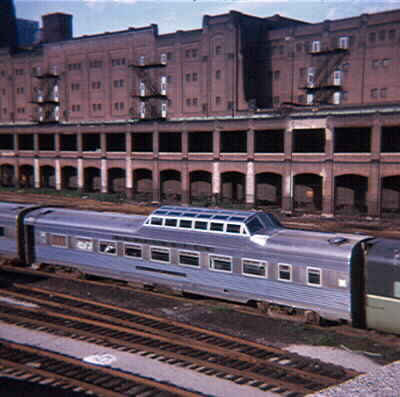