An old kind of gilt 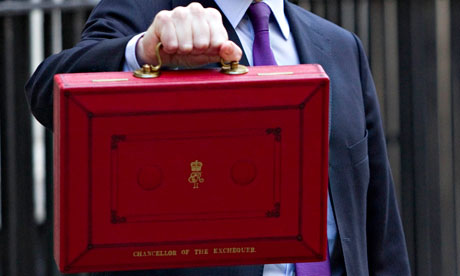 Last week some very interesting news surfaced in the UK. The Chancellor of the Exchequer, the government member responsible for the budget, whom in the continent we call Finance Minister, has presented some alternative ideas for the financing of his government. George Osborne of his name, seems to be interested in issuing government debt instruments, called gilts in Britain, of 100 years maturity. Rare, though nothing unheard of. But Mr. Osborne seems willing to go even further and commanded his staff to study the issuing of infinite maturity gilts. This simply means that such instruments cannot ever be redeemed, they perpetually pay interest to their holder. The media both in Britain and the continent reacted with bewilderment to the news, showing their usual struggle to cope with out of the ordinary news.

This is a crosspost from AtTheEdgeOfTime.

In reality, the UK government used non redeemable gilts as its main financing vehicle for the larger part of its history. Back in old times investors willing to finance the state budget would deposit their monies directly with Exchequer. The sum wound be engraved in a stick that would then be splinted in two halves, one resting with the Exchequer and the other with the investor. Better known for tally sticks, they functioned in first place as a guarantee of authenticity, no other stick could be splinted into halves exactly equal to those produced by Exchequer. The deposit with the Exchequer was for the investor mostly a way to safely protect his assets, at the time mainly gold and silver, which can be cumbersome to transport and protect. The tally sticks started to be exchanged between investors and effectively became a form of money themselves, never to be redeemed again. This practice dates back at least to the XII century, when existing documents first make reference to it, and it seems the Exchequer was created precisely for this purpose. Tally sticks were only superseded by debt in the first half of the XIX century. With time this form of financing acquired the name of stock, perhaps as its usage widened beyond the original deposit with the Exchequer. They remain today as one of the basic forms of financing of private companies in Market Economies; but just not for states themselves. Not surprisingly, a return to sovereign stock was anticipated at the EuropeanTribune by Chris Cook.

The media has been pointing the historically low interest rates on UK gilts as the main motivation for this study. History is usually a short thing for the media, hence they don't see that deeper reasons are at play. What 100 year debt bonds or stock do is in first place to take away the power banks acquired over governments. George Osborne is probably thinking of protecting his country of the sort of events witnessed in Europe in 2011, the boycott of German banks on the Italian government, and later the boycotts French and Italian banks tried on their own governments; luckily matched by unusual displays of power by governments. With governments financing themselves with stock banks can never menace to trigger a sovereign default by refusing to roll over debt instruments.

The folk writing for the big media outlets were quick in questioning who would ever invest in such instruments, if they would ever come to be (or more precisely, ever to return). Buying sovereign stock is like investing on oak forestry, it is something for the future, not for today. The main difference is the stock being much easier to trade (or exchange) in case of need. The first thing the media do not understand is that by investing on stock the investor gets its money back. With an interest of 2 %/a and compounding the investment, the original sum doubles in 35 years. For an interest rate of 3 %/a this span goes down to 23 years.

A simple exercise: imagine an individual that starts working at the age of 25 and retires at 65. During his active life the individual spares every month 100  to commit into sovereign stock. In 40 years the total investment, without compounding, is 48 000 . The total compounded with interest is given by the summation of each single investment tranche; simplifying to 40 tranches of 1200 :

Which gets close to 74 000 . Not bad as a retirement complement and without risk of some bank you never heard of collapsing and getting you back to the workforce.

Beyond the clear stand up to the power banks have today over governments, this return to sovereign stock is a much more fundamental change in our Society. The fact is that with the physical expansion of the economy on hold, money supply cannot grow as it did up to 2008. This was one of the essential monetary policies of the XX century, but today it cannot be applied the same way, due to the risk of a fast devaluation, a problem I detailed some years ago. Some folk refer to this issue as Peak Debt, though that particular nomenclature is somewhat narrow minded. What makes debt a burden is primarily a deceleration of money velocity, not a variation of the money supply itself. During the scholarly hyperinflation of the Weimar republic in 1924, money supply actually contracted, but velocity was so high that it paid off all outstanding debt, let alone the interest. During the second half of the XX century the continued expansion of the monetary mass, supported by the physical expansion of the economy, created expectations on investors that prevented money velocity from foundering. Not anymore.

Limits to Growth are this way imposing a different approach to monetary and economic policy, that can find interesting echoes in History. Stock relieves governments of the burden of debt roll over, allowing them to concentrate on interest payments and policies directed at monetary velocity, and of course, the transition of economies into a fossil fuel free paradigm.

I hope that in the continent the EcoFin can look at the things that Britain is trying to do right. Here sovereign stock could have a very important role to bring the Eurozone out of the impasse it is still immersed in. Though not that I expects those benefiting of the present state of things to let these changes to take place easily.