Mis-Chief In the White House - A Debacle

Just hours after G7 leaders had seemingly found common ground on "rules based trade," US President Trump refused to endorse a joint communique. He then called Canadian Prime Minister Trudeau "dishonest and weak."

The summit between the United States, Germany, France, Japan, Canada, Britain and Italy was one of the most fractious ever, and the agreement on a final communique could not paper over differences on trade, the environment and Iran nuclear deal.


Based on Justin's false statements at his news conference, and the fact that Canada is charging massive Tariffs to our U.S. farmers, workers and companies, I have instructed our U.S. Reps not to endorse the Communique as we look at Tariffs on automobiles flooding the U.S. Market!

PM Justin Trudeau of Canada acted so meek and mild during our @G7 meetings only to give a news conference after I left saying that, "US Tariffs were kind of insulting" and he "will not be pushed around." Very dishonest & weak. Our Tariffs are in response to his of 270% on dairy!

"I'm Donald Trump and I endorse my statements" - the Onion. 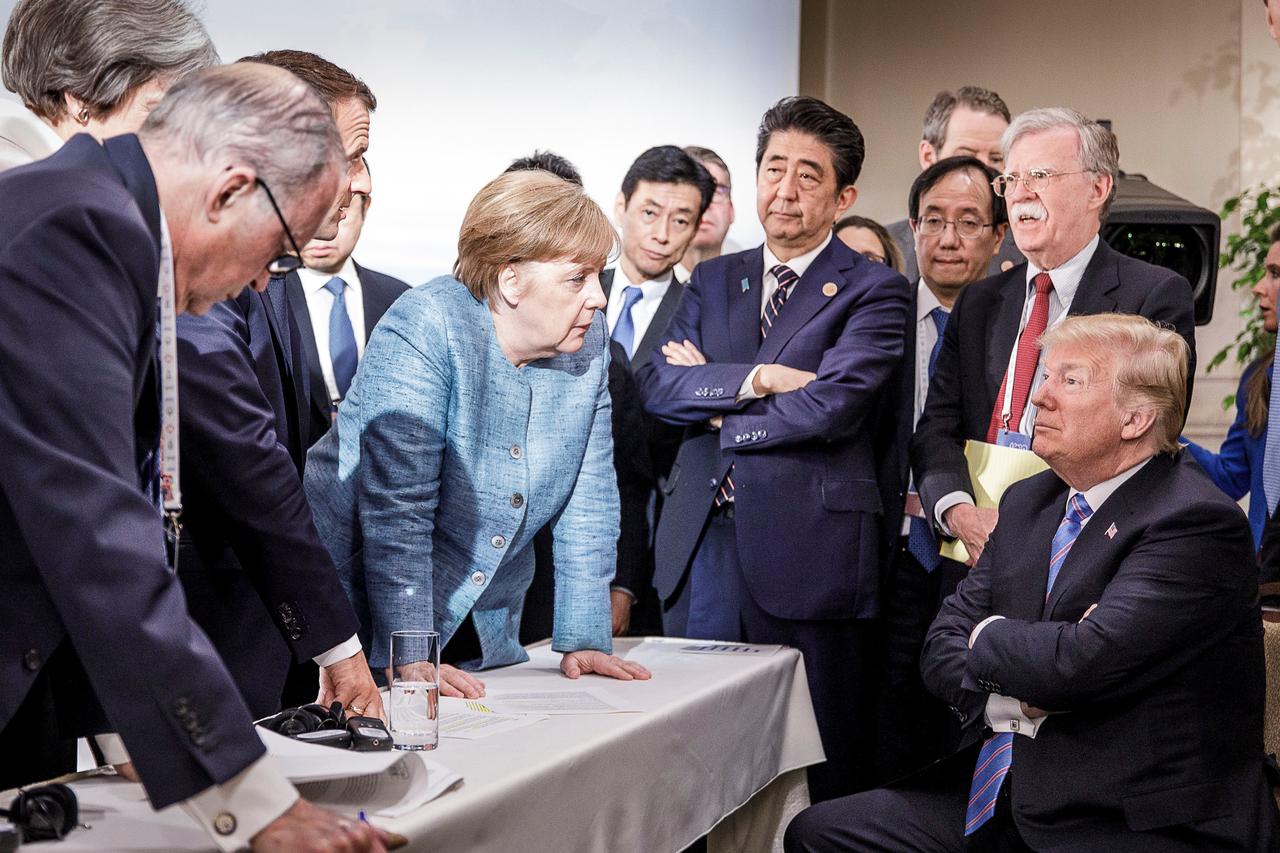 Donald Trump wants tariff-free trade for all G7 nations ... no strings attached and thus NO REGULATIONS, FREE FOR ALL!!

Chinese President Xi Jinping ushered Pakistan and India into the political and economic bloc led by China and Russia as the Shanghai Cooperation Organization (SCO) summit got under way in the northern port of Qingdao.

"More member states means greater strength of the organization as well as greater attention and expectations of people of regional countries and the international community," Xi said.

Pakistan and India last year joined the economic bloc, which along with China and Russia includes Kazakhstan, Kyrgyzstan, Tajikistan, and Uzbekistan. Afghanistan, Belarus, Iran, and Mongolia have SCO observer status.

Opening ceremonies were held on June 9, while June 10 is the main working day.

Xi praised the unity of the SCO event, which got under way just as the Group of Seven summit in Canada was ending in what appeared to be disarray.

○ The Shangri-La Dialogue takeaway: Chinas rapid rise is redefining the Asian order like never before