In the Footsteps of Witness Bill Taylor

[Bold face and links added are mine - Oui]

William B. Taylor is Chargé d'Affaires, a.i. of the United States Embassy in Kyiv, Ukraine.  Most recently, he was the Executive Vice President of the U.S. Institute of Peace.  During the Arab Spring, he oversaw assistance and support to Egypt, Tunisia, Libya and Syria at the State Department.  He served as the U.S. Ambassador to Ukraine from 2006 to 2009.

He also served in Jerusalem as the U.S. Government's representative to the Mideast Quartet, which facilitated the Israeli disengagement from Gaza and parts of the West Bank.  He oversaw reconstruction in Iraq from 2004 to 2005, and served in Kabul as coordinator of international and U.S. assistance to Afghanistan from 2002 to 2003.  Ambassador Taylor also coordinated U.S. assistance to the former Soviet Union and Eastern Europe.  He earlier served on the staff of Senator Bill Bradley.

Bill Taylor, who was U.S. ambassador to Ukraine from 2006 to 2009, said Paul Manafort would contact the U.S. embassy and tell them he was urging his client to look West. "[He said] he'd tell Yanukovych, 'You'll do better in Western Ukraine if you orient more toward Europe," recalled Taylor. "'To broaden your base, you should orient toward the EU.'"

For the next eight years, Yanukovych would adjust his positions on NATO and the EU as needed, tacking East or West depending on the electoral winds and his audience.

Related to or speaking before USIP ...

Ukraine has decided that its future is in Europe say USIP's William Taylor. #UkrainePoll

Ambassador Bill Taylor on the Escalation of Conflict in Ukraine | USIP - Jan. 2018 |

Ambassador William Taylor updates us on Ukraine's efforts to upgrade its military with U.S. assistance to defend eastern Ukraine from Russian-led militias. Taylor weighs in on U.S. efforts to find a diplomatic solution to ease Russia's withdrawal from Ukraine, the effect of U.S. and European sanctions on Putin, and the recognition of the U.S. National Defense and National Security Strategies that Russia is a top threat.

On Tuesday, Oct. 22, congressional committees investigating L'Affaire Ukrainienne heard long-awaited testimony from Ambassador William Taylor, the career diplomat who has spent the last four months running the U.S. Embassy in Kyiv following President Trump's removal of Ambassador Marie Yovanovitch. While Taylor testified behind closed doors, his opening statement provides an unvarnished view of the motivations that appear to have driven Trump and others to push for investigations into Trump's political rivals and threaten to withhold Ukrainian security assistance. The result is a far uglier picture than what has emerged from prior testimony--one that bears directly on the question of corrupt motive that lies at the heart of the House's ongoing impeachment inquiry.

Taylor describes how he arrived in Kyiv in mid-June 2019 to find "two channels of U.S. policy-making and implementation, one regular and one highly irregular." The latter, he writes, "was well-connected in Washington, [but] operated mostly outside of official State Department channels" and included "then-Special Envoy Kurt Volker, Ambassador [Gordon] Sondland, Secretary of Energy Rick Perry, and . . . [Rudolph] Giuliani." Both channels were eager to arrange a telephone call between Trump and Zelensky as well as a promised White House visit for the latter in hopes of strengthening the U.S.-Ukraine bilateral relationship. But as Taylor describes, it soon became clear that the two had in fact "diverged in their objectives."

The irregular channel soon began to take steps to limit outside knowledge of the participants' activities. Taylor describes how Sondland sought to exclude other inter-agency participants from a June 28 call with Zelensky, for the express purpose of "mak[ing] sure no one was transcribing or monitoring ... the call." During that call, Sondland and Volker informed the other participants that they "planned to be explicit with [Zelensky] ... about what [he] should do to get the White House meeting" in an in-person meeting scheduled a few days later. According to Taylor, Volker described Trump as wanting to "see rule of law, transparency, but also, specifically, cooperation on investigations to 'get to the bottom of things.'"

Background information from my earlier diaries ...

○ Ukraine Caught Between East and West, Red and Blue

A long history of a divided state, caught up in collapse of West-European and Eastern Empires and the Rise and Fall of Communism in the 20th Century. The oligarchs run the nation ... 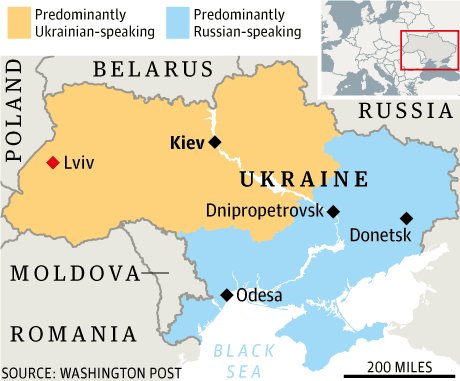 In the first google search the organization "Yes" appeared ... a long history to join the EU and reset the relations with Russia.

[A number of links added are mine in article below - Oui]

Who are Donald Trump's friends in Ukraine? | DW |

US President Donald Trump has never been to Ukraine and has shown little interest in the country. In the past, he has accused the former Soviet Republic of attempting to sabotage his 2016 election campaign. At the time, information from Kyiv led to the resignation of his campaign chairman Paul Manafort, who earlier had advised a pro-Russian party in Ukraine and was later sentenced to prison for charges relating to his foreign lobbying work.

During these meetings, Lutsenko and Shokin alleged that Ukraine meddled in the 2016 U.S. presidential elections on Hillary Clinton's behalf and that the U. S. Embassy in Ukraine, under the direction of U. S. Ambassador to Ukraine Marie L. Yovanovitch at the time, was secretly assisting.

Giuliani was forced to reveal supplied notes of the Jan. 25-26 conversations with Lutsenko to the U. S. State Department, which turned them over to Congress. The notes also included an account of a Jan. 23 phone call with Shokin. These meetings were organized by Parnas and Fruman and as stated in the notes they were present during these conversations. 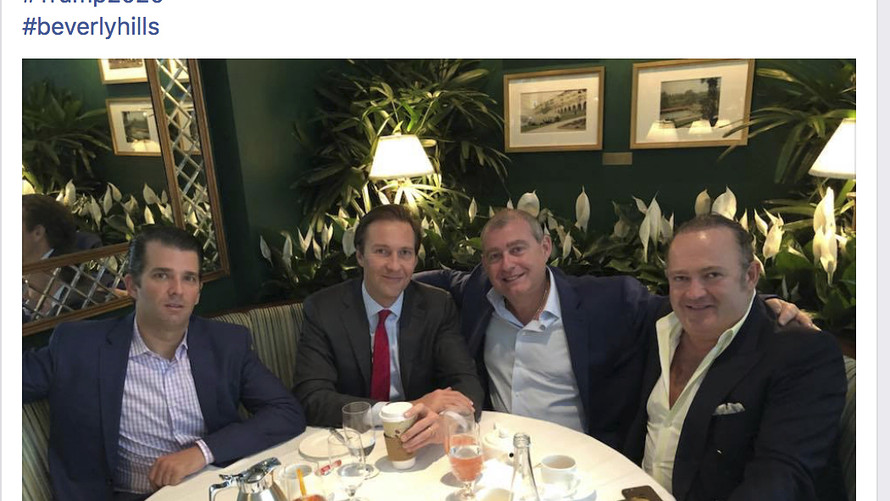