Israeli PM Benjamin Netanyahu is one of many rightwing leaders to face accusation or charges of corruption. Some of his close political friends Israel relies on ...

A-G Manderbilt: It is my duty by law to indict Benjamin Netanyahu | JPost |

Attorney-General Avichai Mandelblit announced his final indictment on Thursday against Prime Minister Benjamin Netanyahu, making him the first prime minister in Israeli history to be indicted while still in office.
Bezeq and Walla! owner Shaul Elovitch and his wife, Iris, were also indicted for bribery and obstruction of justice. In addition, the owner of Yediot Ahronot, Arnon Nuni Mozes, was indicted for bribery.

The indictment decision could alter the course of negotiations over forming a new government and who will be the new prime minister in the current 21 days Knesset process on the issue. 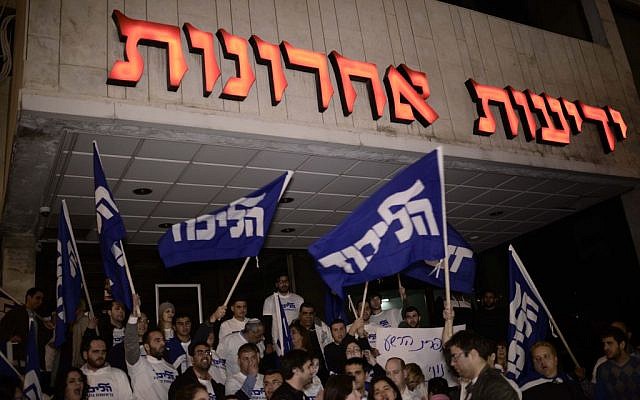 The biggest moving pieces had been what the charge would be in Case 4000 and whether Case 2000 would remain a breach of trust charge as in Mandelblit's initial February announcement, or whether it would be closed.

Ultimately, the decision to indict Netanyahu for bribery is the most decisive one.

It means that his trial will be in a district court, known for being tougher than magistrate's courts and that he could face a potential jail sentence of years instead of months or mere community service.

BREAKING: Israeli AG speech: this is a hard and sad day. I am bringing PM indictment for public corruption in 3 cases. Sad for me personally and for country.

BREAKING: AG: This is a hard day, but important. This is what it means to be a democratic state. Case 4000 I decided on bribery and breach of trust b/c of quid pro quo between Bibi and Elovitch (owner of Bezeq and Walla.)

Contrary to the American continent, at least in Israel the judicial can function independently as a virtue of a democratic state. Notwithstanding the many faults the State of Israel has over the 72 years of its existence. The US Congress is a farce and the political appointments of federal judges leads to a failed state.

Related reading, the Netanyahu-Milchan link from espionage and theft of klystrons to the present bribery accusation ....