A Coordinated Attack On Labour and Corbyn

It is difficult to describe as anything other than a hatchet job the BBC Panorama special this week that sought to bolster claims that the Labour Party under Jeremy Corbyn has become "institutionally antisemitic".

The partisan tone was set from the opening shot. A young woman whose name was not revealed tearfully claimed to have been abused with antisemitic taunts at a Labour Party conference.

The decision not to disclose their interviewee's identity is understandable in the circumstances. It would have discredited the whole narrative Panorama was trying so hard to build.

The woman's name is Ella Rose, a senior official in the Jewish Labour Movement (JLM), an organisation representing Jewish and non-Jewish members of Labour at the forefront of attacks on Corbyn. Rose has a secret past too: she once worked at the Israeli embassy in London.

[Some links added are mine - Oui]

Mark Lewis, the solicitor who was ordered to pay £12,500 for sending abusive social media messages to online trolls, also told a young Jewish man he hoped his father "would sit shiva for you soon", the JC can reveal.

Mr Lewis was fined and ordered him to pay thousands in legal costs for "wishing death" on people on social media, many of whom had sent him antisemitic abuse or wished similar on him.

The decision prompted outrage in the Jewish community and several crowdfunders quickly raised the money for him.

But the JC has seen Facebook posts Mr Lewis wrote to an 18-year-old who was supporting the Labour Party during the 2017 general election campaign, telling him to "f*k off you stupid c*t", adding that his father "should have worn a condom".

The exchange was one of the allegations that was the subject of a formal complaint to the Solicitors Regulation Authority (SRA), which has still not published its full judgment. Offensive messages Mr Lewis sent to people who had sent him antisemitic were reported separately.

...
Last month the tribunal found that he had sent "offensive and profane messages", including a number of "death-wishes", and he was ordered to pay a fine of £2,500 and £10,000 in costs.

Mr Lewis responded by saying the SRA was "faced with a choice between Holocaust denying neo-Nazis and a Jewish lawyer... It chose to side with the neo-Nazis".

The father of Mr Lewis's 18-year-old victim told the JC he came forward with the details because the "record needs to be set straight".

He said he was frustrated Mr Lewis, who made Aliyah last week, was "being treated like a hero" in the wake of the judgment because people believed he had only been abusive to neo-Nazis.

You really wouldn't want to be on the wrong side of media and libel lawyer Mark Lewis. For a good 20 minutes of our interview Lewis relives -- in withering detail -- tiny victories over alleged anti-Semites at his old school in south Manchester.

His phenomenal memory in battles fought and won has propelled him to become one of the best-known libel specialists in Britain. Now he is bringing that steel-trap mind to bear on fighting battles for Israel -- where he is the beneficiary of advanced medical treatment that may enable him to turn his life around.

...
These days Lewis, 52, is a partner in the prestigious central London Seddons law firm and is renowned as the leading figure in breaking the phone-hacking scandal which led to the closure of one of Rupert Murdoch's most cherished newspapers -- the hugely circulated News of the World.

...
At William Hulme, he says, "I was quite outspoken, ran Jewish assemblies, was very big in BBYO (B'nai B'rith Youth Organization) where I was regional president for a time, and always took my Jewish identity and support for Israel very seriously."

...
The Jack Monroe-Katie Hopkins case is certainly a legacy from the phone-hacking cases. It's become known as a "Twibel," or "Twitter libel" case and Lewis, though obviously pleased with the outcome and the damages awarded to his client, has bigger fish to fry -- namely how to apply the result to helping Israel online.

It seems that #kenlivingstone has confused "Socialist" with "National Socialist". Then again maybe he wasn't confused

"Someone can be a Nazi, but at least [if they are taken to court] they can be a homeless Nazi," he says. "I'm quite happy to take their homes off them. If these people would have rational debate, I would do that [instead], but they are nutters who have conspiratorial theories and I will never change their outlook."

`I always think, well, if people don't like me, at least I've hit them'

A couple of years ago Lewis became a director of UK Lawyers for Israel (UKLFI).

"None of us charge for our time but we devote it to putting legal arguments forward for Israel," he says.

Many nights he stays up to midnight, giving legal advice on behalf of UKLFI. 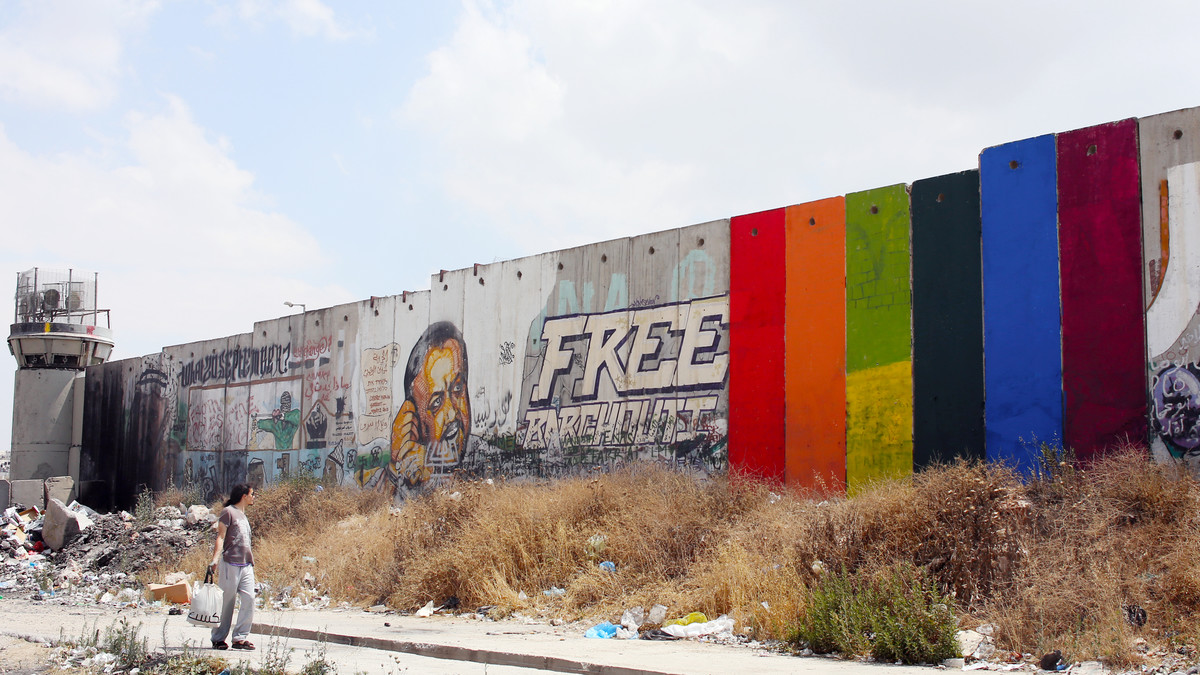 What is UK Lawyers for Israel's relationship to the Israeli government?| Mondoweiss |

The group UK Lawyers for Israel is one of the quietest yet most influential Israel lobby actors currently operating in Britain.

Since 2011, it has closely monitored the Palestine solidarity movement and worked to repress it, often with significant impact.

It has even obstructed the work of charities such as Medical Aid for Palestinians and War on Want, working in close collaboration with the US-based Lawfare Project to do so.

But where did UK Lawyers for Israel (UKLFI) come from and who is behind it?

The UKLFI website describes the organisation as `a voluntary organisation of lawyers who support Israel using their legal skills'.

Companies House records that UKLFI was first registered in in October 2010, originally under the name `Action 4 Peace Limited'. In September 2016, UKLFI also registered as a charity which has a separate website but most of the same patrons.

Shurat HaDin (SHD), the Israeli lawfare group founded and funded initially by the Mossad to target Palestinian militant groups resisting Israeli Occupation, suffered a major defeat in a U.S. Supreme Court decision.  The Court threw out a claim advanced by the group's attorney on behalf of 6,000 family members of Palestinian terror victims, against the Arab Bank of Jordan.  The NGO claimed that the Bank had held accounts used by militants to organize and fund terror attacks against Israelis.

SHD argued its case using the Alien Tort Statute of 1798, which allows American citizens to pursue damages against foreign entities when their property is arbitrarily seized abroad.  Though the media is portraying the decision as a major narrowing of the terms under which such claims may be brought, they are missing a key element of the case.  The Court largely rejected Shurat HaDin's evidence and claims as shoddy.  It noted that the group's lawyer found little or no actual evidence to tie the Bank to the acts of terror which were the basis for the tort claim.

Stifling debate and freedom of expression ...

Nevertheless, Richard Silverstein as an American Jew living near Seattle, continues his campaign for public debate on the ruthlessness of the Jewish State of Israel with a U.S. President expressing a narrowminded few of good Arabs - Crown prince Mohammed bin Salman representing Saudi Arabian wealth - to bad Muslims - Palestinians and Shiites in Syria, Iraq and Iran. National Security policy is in the hands of John Bolton, VP Pence, and son-in-law Jared Kushner.

Today, anti-Semitism poses nowhere near the danger it once did to the Jewish people. And a good deal of the danger it continues to pose derives from a false conflation of Israel with the Jewish people. When an Islamist militant attacks a Jewish school in France or a Jewish museum in Belgium it is because he falsely believes that Israel and being Jewish are the same thing. They clearly are not.

Israeli settlers too are guilty of co-opting Judaism in pursuit of their ultra-nationalist goals.  They have turned Zionism into a movement that seeks to incite a holy war with Islam. It is no wonder that Islamists have become convinced that Jews are their enemy, when they are not.

Currently, in the UK an alliance of the local Israel Lobby, the Tories and much of the British media have concocted an anti-Semitism scare, declaring the Labour Party is riddled with Jew hatred. In response, Labour has adopted a deeply flawed IHRA definition which posits that most criticism of Israel is ipso facto, anti-Semitic. This was a "cave" to the Party's enemies in a false belief that giving them half a loaf would make them go away.  Any one of us could've told them that giving them that half loaf meant they were going to come back for the whole.  And they have.

More ... the link between Israel's extremist views and right-wing political parties in Europe.

A New Dawn In America


The Making of A Rebellion

Forever Corruption and A Pardon

A New Dawn In America

Forever Corruption and A Pardon

The Making of A Rebellion

Covid-19 out of control in Ireland

Georgia on my mind (Part 2)