More about the status of the expected non-negotiations on Tory-Brexit between Boris and the EU ... urgent! 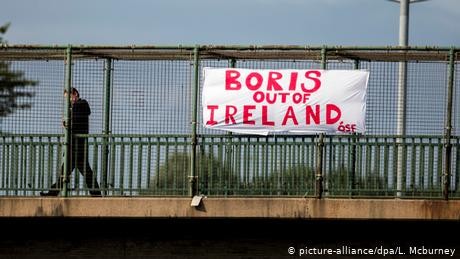 "My prime focus this morning is to do everything I can to get the government in Northern Ireland up and running again.

More below the fold

Northern Ireland is arguably both the most perilous, and the least soluble Brexit riddle taxing the UK prime minister. Even his more modest goal of convincing the power-sharing government to reconvene looks unlikely.

The DUP's Arlene Foster went on the Republic of Ireland's RTE television on Wednesday morning to make precisely this case. "Let's be clear, nobody wants a no-deal situation," she said. "We want to find a way forward that's good for the UK, including Northern Ireland, and is good for the Republic of Ireland as well. Unfortunately, what we have met thus far is a belligerence and an intolerance towards Northern Ireland from Dublin, saying 'it's the backstop or nothing.'"

Foster was also asked about the Stormont impasse, the primary focus of Johnson's visit on Wednesday. "It's not a question of supporting the reintroduction of direct rule," Foster said. "Direct rule will come if there is no Stormont by October 31. It's not OK by me because I want to see devolution restored immediately." 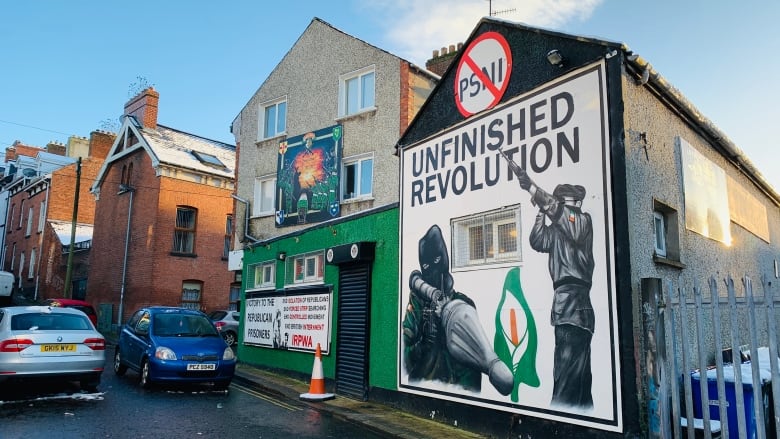 In the meantime the deadlock between London and Brussels continues  or ?

The UKs Brexit negotiator is heading to Brussels for meetings with EU officials, despite a claim by Boris Johnson that the UK would stay away until the bloc scraps the controversial backstop.

The prime minister said last week that he and his team would only sit down with the EU if it agreed to reopen the withdrawal agreement and ditch the Irish border policy, which Brussels has repeatedly said it will not do.

But despite Mr Johnsons tough public message, his new Brexit chief, David Frost, headed to Brussels on Wednesday for two days of meetings with EU officials in Michel Barniers team.

Officials on the UK side downplayed the meetings as merely introductory and said they would not be negotiations, but merely an opportunity for the UK to lay out Mr Johnsons position across three separate meetings.

Intelligence: Everlasting Role of the Octopus