File this post under "well, of course they did!" Politico reports today that Israeli intelligence implanted Stingray devices near the White House and other sensitive U.S. government facilities in order to intercept the cell phone calls of Pres. Trump ...

The Israelis weren't subtle about what they did. They didn't care whether U.S. officials knew what they were doing. Politico says U.S. officials knew about the interception because Israeli officials in meetings with them, would use specific language from documents or conversations that were only known inside the White House.

When Shamai Leibowitz leaked top-secret transcripts to me of internal Israeli embassy discussions (based on a bug planted in the embassy by the FBI), I was extremely cautious about how I used the information in my published reporting. I sought to avoid precisely the sort of exposure that these Israeli officials could have cared less about concealing. And the Israelis discovered the spying despite my best efforts!

Trump too has denied the claim with a typically meandering, non sequitur response:

... I consulted with the Electronic Frontier Foundation and asked how the FBI would have detected the use of the surveillance technology targeting the White House. Their staff specialist said that both the Stingray itself and any counter-measures used to detect it are closely guarded secrets. Presumably, since the FBI uses the device regularly, it would have developed measures to detect its use by others.

Deeply grateful for the service and sacrifice of @jdgreenblatt45 as Special Envoy for Middle East Peace. Thank you for your tireless and dedicated efforts, your consistent responsiveness, and friendship.

Analysis: The apparent American shift in position on Iran and its nuclear aspirations, in the shape of a meeting between the two presidents and sanctions relief for Tehran has left the prime minister in an uncomfortable situation and unable to criticize his 'very good friend' as he did with Obama.

A meeting with Iranian President Hassan Rouhani and sanction relief for Iran weren't just blows to Prime Minister Benjamin Netanyahu's plans, they were proof of the fickleness of U.S. President Donald Trump.

Now Netanyahu finds himself stuck between a rock and a hard place, in no position to criticize his "very good friend."

Boarding a flight Thursday morning for talks with Russian President Vladimir Putin in Sochi, Netanyahu is facing a genuine diplomatic nightmare right before Israel goes to the polls - tighter ties between Trump and Rouhani.

Russian President Vladimir Putin told Prime Minister Benjamin Netanyahu Thursday that he hopes whoever is elected in the upcoming elections will maintain the good relations between the two countries.

"I remember the September 17th elections and hope whoever gets in the Knesset will preserve the friendship between our countries and strengthens our relations in the future," said Putin.

Putin also mentioned Russia's commitment to the large Russian-speaking community in Israel, saying "over 1.5 million immigrants from the Soviet Union live in Israel. We always considered them our people, compatriots". 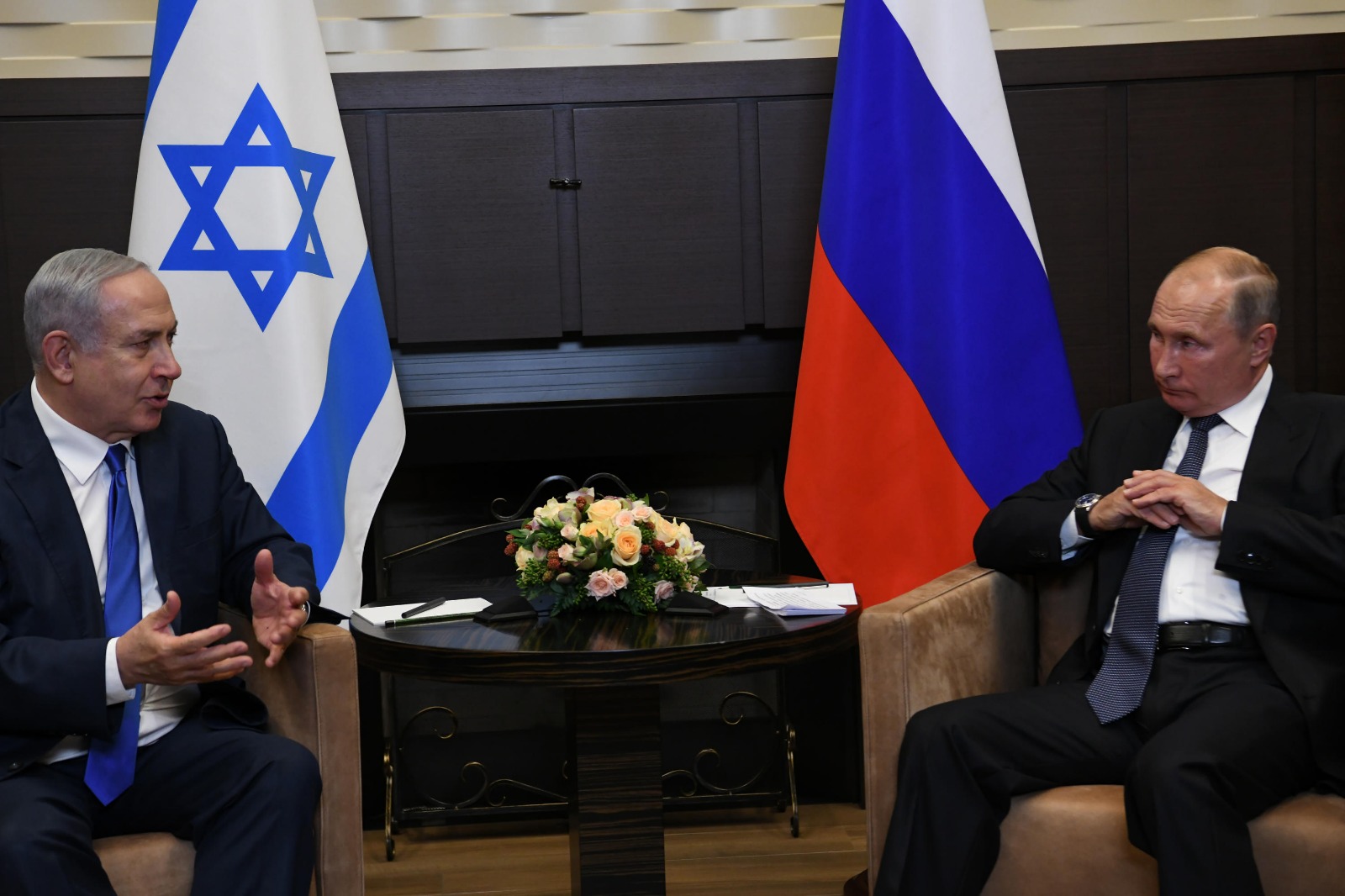 Netanyahu also commented on the good relations between the two countries, while mentioning Israel's Russian-speaking population.

"The relations between our countries were never stronger. On one hand, there are over a million Russian speakers in Israel that make a living bridge between the countries.

"Tightening our relations is also the result of an informed mutual policy and of our personal relationship.

"This relationship prevented unnecessary and dangerous frictions between our armies, this is a fundamental component in the stability of the region. I appreciate your statement, saying that Israeli security is important to you and this is reflected in our meetings."

○ Why I Published US Intelligence Secrets About Israel's Anti-Iran Campaign

After 52 years it is time for the United States to fully recognize Israel's Sovereignty over the Golan Heights, which is of critical strategic and security importance to the State of Israel and Regional Stability!

The Kremlin said Russian Foreign Secretary Sergei Lavrov told US Secretary of State Mike Pompeo in a phone call that the US decision was "a gross violation of international law" and "aggravates the situation" in the Middle East.

Good news for Trump and his reelection campaign 2020 ...

Toward Net Zero Energy: Tiny Houses on Up