We have all become Anglo-Saxons now.

The European Union should offer Britain "privileged third-party status" in defence and foreign policy cooperation after Brexit, the German defence minister, Annegret Kramp-Karrenbauer, has said in a speech in London.

She said that such status should include access to projects such as Future Combat Air System, the Franco-German stealth jet programme.

Her remarks - following a meeting in London with the UK defence minister, Ben Wallace - underline how determined the major European powers are to ensure that they do not lose the UK's defence assets after Brexit.

"I am convinced the UK has to be a privileged third party in our German and EU cooperation as a third party," she told an audience at the London School of Economics. She also stressed how much Germany welcomed the rapidly developing format of the "EU 3" - Germany, France and the UK - cooperating over defence and foreign policy, citing the recent examples of Iran, where the three have tried to keep the nuclear deal intact despite the US's withdrawal, and Libya. The format, she said, was very effective. She stressed, for instance, that the EU could not allow Russia to determine the future of Libya when issues of migration from the country would affect Europe and not Moscow.

The US threatened to impose 25% tariffs on cars to push Europeans to initiate proceedings against Iran for violating the nuclear deal, the German defence minister has confirmed.

"This threat exists," said the German defence minister, Annegret Kramp-Karrenbauer, at a press conference in London.

She was asked about an article in the Washington Post that claimed Trump had secretly warned France, Germany and the UK that the US would impose a "25% tariffs on European cars" if they did not activate the mechanism for the settlement of disputes (MRD) of the Iranian international nuclear agreement reached in Vienna in 2015.

Kramp-Karrenbauer told reporters: "This expression or threat, as you will, does exist." She is in the UK to meet her counterpart, Ben Wallace, to discuss Anglo-European defence cooperation post-Brexit.

Ever since invoking Article 5 of NATO after 9/11 Sunni Saudi terror attacks on America, the European nations have become a proxy or puppet of the US in the global "War of Terror". However, seeing the opportunity for a unipolar world power, Europe has become an useful idiot to do the neo-colonial Empire building for America. The Five Eyes + and NATO secured an expansion far beyond the defences of Europe, to the Russian border, Near East of the Caucasus and the Middle East. Protecting the fossil fuels needed for the Empire, to repeat the visionary words of Sir Winston Churchill after World War I.

The problems began in March 2017 with May's letter to the European Council triggering Article 50, the formal UK declaration of its intent to exit the EU. May said: `In security terms, a failure to reach agreement would mean our cooperation in the fight against crime and terrorism would be weakened.' The response of Guy Verhofstadt, the European Parliament's Brexit coordinator, was that this represented an unacceptable effort by the UK to use its military and intelligence capabilities as a bargaining chip in the Brexit negotiations. The UK subsequently made clear its intention to maintain security cooperation unconditionally, but the issue resurfaced at the February 2018 Munich Security Conference when EU President Jean-Claude Juncker warned that in the Brexit talks security should not be `conflated with other questions relating to Brexit'.

The need for greater European counter-terrorism coordination has led to the establishment of the Counter Terrorism Group (CTG), which consists of 30 European intelligence and security services that have developed an effective framework for multilateral counter-terrorism cooperation separate from the EU. The CTG maintains a shared database of terrorist suspects and a joint investigative platform based in the Netherlands. 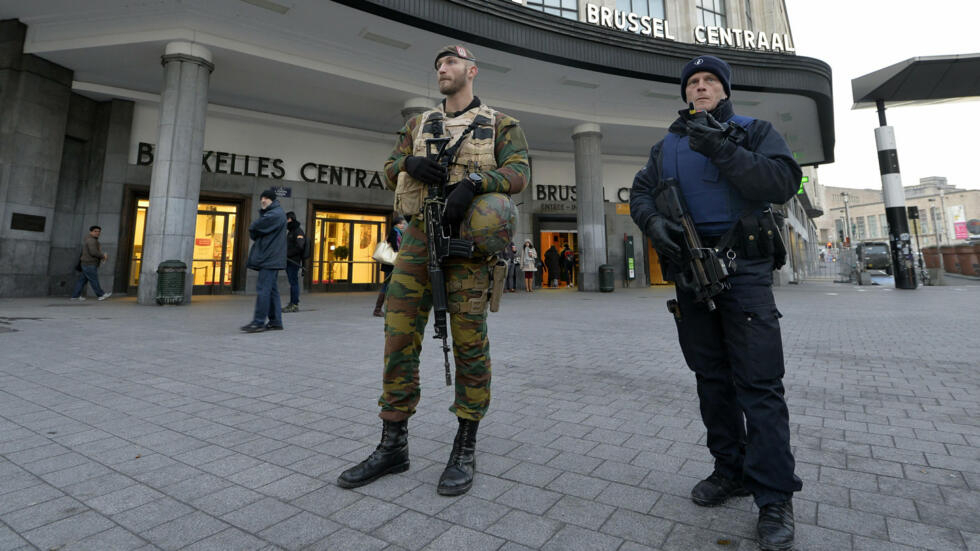 CTG: it is hard to tell how they operate because they don't have an office or headquarters or a staff.

The UK intelligence community is a major contributor to these shared arrangements. It is one of the few intelligence communities in the world with the capability to undertake counter-terrorism operations globally, including in denied areas, rather than having to wait until terrorists show up in its immediate territory, and is therefore able to provide valuable proactive and sometimes pre-emptive threat intelligence that would otherwise be unavailable. Most European intelligence agencies have a much more limited capability to operate in this way, or none at all.

Forming Coalitions in the EU after Brexit [pdf]

Mike Pompeo is doing a great job, I am very proud of him. His predecessor, Rex Tillerson, didn't have the mental capacity needed. He was dumb as a rock and I couldn't get rid of him fast enough. He was lazy as hell. Now it is a whole new ballgame, great spirit at State!

A pleasure meeting Ayaan Hirsi Ali in California. Her story and perspective are an inspiration to many, and her strong belief in American values is refreshing. @Ayaan, you are a hero of our time. Thank you for your hospitality. pic.twitter.com/s7gGO79OaQ

Dear Sir ... entering in an America of Trump, Ayaan Hirsi Ali would have been thrown in a camp and booted out as a lying, illegal immigrant. Europe a group of nations build on Four Freedoms. No pardon.

○ In Search of the Wahhabi Nuclear Bomb
○ After Brexit, Europe at a Crossroad
○ The Terror Trap Laid By Warmongers In the US and Israel

○ NATO's New Order: The Alliance After the Cold War
○ Expansion from 15 to 28: NATO has become the center of the global coalition of the willing.

Young People and Scars of CoV-2