The Dutch better prepared for post-mortem citizens than taking care of the living, young and old, in a global pandemic.

In a national address to the Dutch nation on Monday, March 16th, Prime Minister Mark Rutte said his country would aim to develop immunity to the novel coronavirus among its population by allowing large numbers to contract the illness at a controlled pace.

Initially, creating herd immunity for the novel coronavirus was one of two main objectives of Dutch government policy: Controlling spread of the virus while protecting vulnerable groups, including the elderly and people with underlying health conditions. By striking this balance rather than instituting a national lockdown, the thought was the nation could avoid a situation in which post lockdown - when society returns to normal - it would be exposed to the danger of a new outbreak as too few people would have become infected and therefore immune. 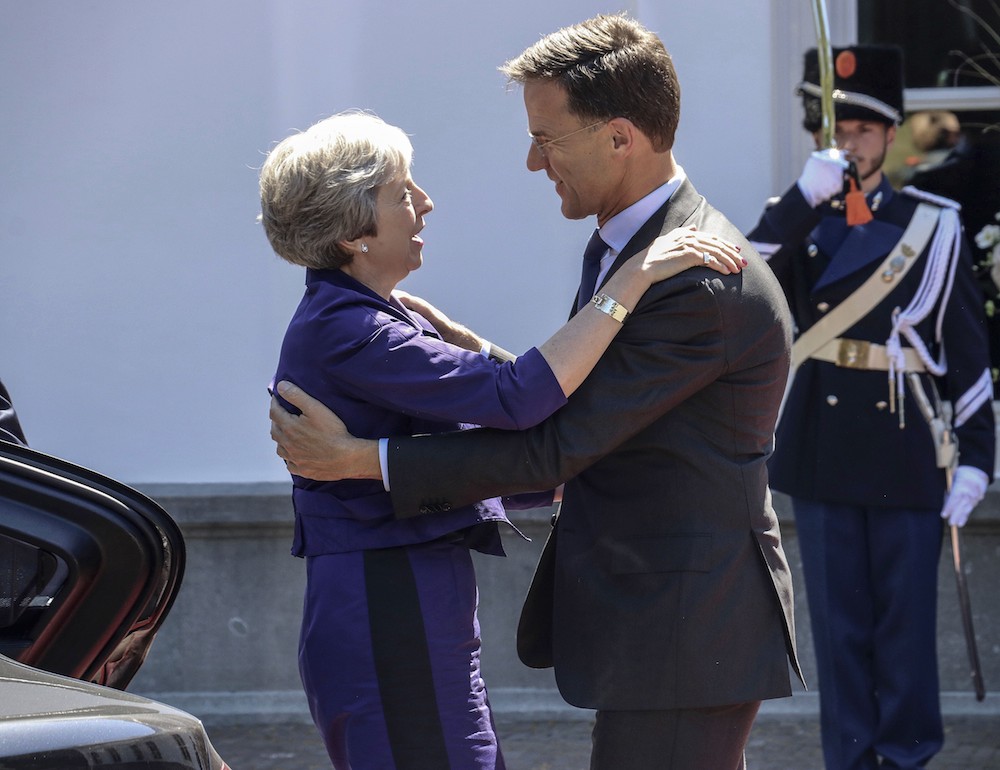 ... In the past week, Rutte has since walked back the herd immunity policy line by introducing what could be characterized as lockdown light. The Dutch government says it is imposing similar restrictions to the ones its neighbors and other European countries have instituted.

... The country's pragmatic balancing act doesn't appear to be working as well as intended. The numbers released by the Dutch RIVM (National Institute for Public Health and the Environment) are not especially encouraging. As of Friday, March 27th the country has a total of 8,603 confirmed cases, with 1,172 new cases in the past 24 hours; 546 total deaths, with 112 new deaths in the past 24 hours. There are at least 761 patients in serious or critical condition, with thousands more hospitalized.

... While Covid-19 hasn't wreaked nearly as much havoc in the Netherlands as in Italy and Spain, it's still conspicuous that a healthcare system as finely tuned and well coordinated as the Dutch system would have such alarming numbers in terms of mortality and morbidity.

The confirmed case fatality rate in the Netherlands of 6.3% stands in stark contrast to its neighbor Germany's 0.6%. The Netherlands, with a younger overall population and one that is almost 5 times smaller than Germany's, has 60% more deaths. And, unlike Germany, the Dutch haven't done widespread testing, so it's likely its number of confirmed cases significantly underestimates the actual number of infections.

... Both the German and Dutch healthcare systems are relatively well-funded, and score well internationally on population health indicators, such as life expectancy and morbidity. Yet, thus far, the impact from Covid-19 in Holland has been worse.

[About the author Joshua Cohen: I'm an independent healthcare analyst with over 22 years of experience analyzing healthcare and pharmaceuticals. Specifically, I analyze the value (costs and benefits) of biologics and pharmaceuticals, patient access to prescription drugs, the regulatory framework for drug development and reimbursement, and ethics with respect to the distribution of healthcare resources.
... Prior to my Tufts appointment, I was a post-doctoral fellow at the University of Pennsylvania, and I completed my PhD in economics at the University of Amsterdam. Before pursuing my PhD I was a management consultant at Accenture in The Hague, Netherlands.]

See my earlier posts and diaries ...

○ Rutte was clearly a proponent of a ill-founded and callous herd immunity policy
○ From Outbreak to a Global Pandemic
○ Outbreak -- Herd Immunity Is Damning!

Dutch liberal leader Mark Rutte won the elections and managed to neutralise the threat from anti-Islam MP Geert Wilders. His victory has brought relief for fellow centrist politicians in the EU, who feared that Brexit and Donald Trump could set an unstoppable anti-establishment trend. Rutte boosted his electorate by talking tough on Dutch values and on Turkey's angry rhetoric. He didn't hesitate to play with islamophobia in order to grab some of Wilders's electorate. He wrote an open letter asking all those who do not like life in Netherlands to leave the country.

Quite proper my first comment on the spread of the coronavirus, Huawei and Spain came together in this diary ...

○ From a Fringe to a US Presidency - White Supremacy

Another gem written by nomad. The rise of a young neo-liberal Mark Rutte out of the ashes of a bitter dispute between VVD party members Ayaan Hirsi Ali and Rita Verdonk ... getting tough on refugees who lie by entry to get an asylum status.

○ Ayaan versus "Iron" Rita: The Next Disgrace