How the Biden Win Saved the King!

Trump and Kushner teamed up with Abu Dhabi and Crown Prince Salman to reshape the Middle East the Zionist way.

In a single century from tribes in the Arabian Sands to unheard of wealth reaching the twinkling stars of heaven. Nearly upsetting a Holy Land where peace should be symbolized by the three religions of Abraham with a center of worship in Jerusalem. Instead it was greed and lust for power from a handful of inhumane persons in an attempt to upset the crafted balance of historical development. The fascist regime of Israel and authoritarian Sheikhdoms of the Emirates and Saudi Arabia that connived to remove King Abdullah II of Jordan. See my writings from March/April ...

Alleged sedition and a royal family feud may have been driven by a broader plan to reshape the Middle East.

Thus Trump/Pompeo/Kushner/Netanyahu left a legacy that should have unfolded. In a bad luck campaign of a president most Americans disliked and a majority of Western Europeans despised, Trump lost out in a major way to "sleepy" Joe. In a fierce court battle Trump and his billionaire supporters tried to overturn the results. The Justice system of America didn't falter or fail. Falling flat on his face, in a desperate attempt Trump/Kushner and Giuliani with fellow travellers in the Republican party elites, tried to overthrow democracy itself by storming the Capitol on January 6th. A day of infamy no American will ever forget. A clear act of sedition. In the weeks up to the Inauguration of a new President and Vice-President, an armed uprising or on act of war was contemplated or feared. Somehow cool heads prevailed over a howling of coyotes from National Security officials inside the White House. The danger was clear as many top officials resigned in preference to be part of some ugly call for Martial Law.

As I had written, for the Middle East and close allies with Israel, Pompeo set out a scorched earth policy.

As Joe Biden entered the White House he made it clear from the start the Trump feast in Jerusalem, West Bank and on the Golan Heights was over. Good ally Israel with bandit PM Netanyahu was fully shunned and "killer" Saudi Crown Prince Salman was send a message there would be no normalization with him. His honour was clearly tarnished for a prince royal who reigned the Kingdom with iron fist, does not tolerate criticism. That is not how he was raised nor educated. There is just one king and all others are servants.

Time was running short as the Abraham "Business" Accords need to come to fruition, there were two main opposing figures: aging Palestinian Authority President Mahmoud Abbas in Ramallah and foe King Abdullah II of the Hashemite Kingdom of Jordan. Don't want to cooperate, you will be removed from power. 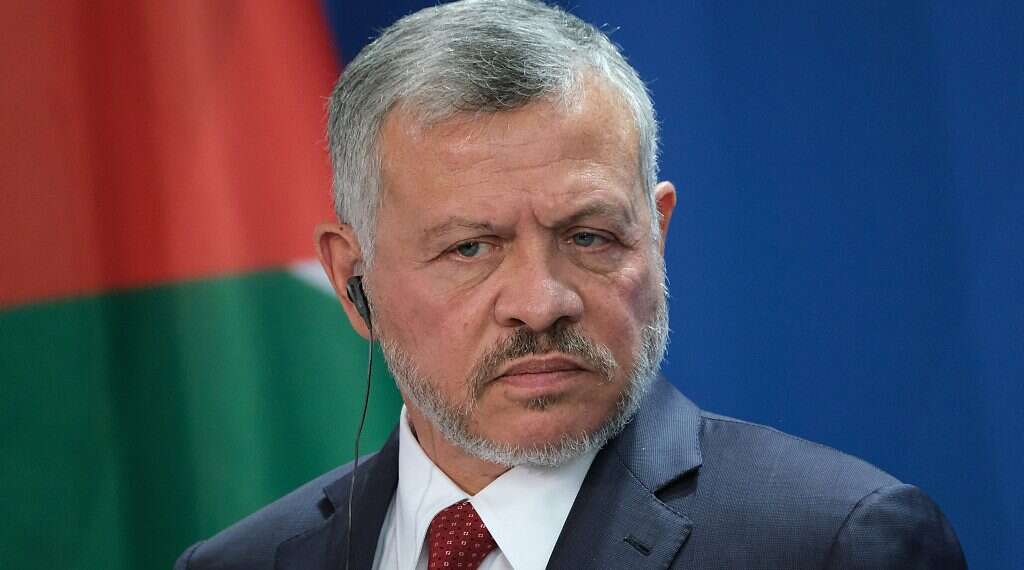 The publication HaYom owned by Myriam and Sheldon Adelson -- donors of Bibi Netanyhau and Donald Trump - send out a clear message to Jordan ...

Abdullah the Irrelevant of Jordan

Some dark forces were gathering in the Middle East of alleyways, historic alliances and distrust. Conflicts are fought throughout Biblical times, eye for an eye, honour killings and the enemy of my enemy is my friend. In the 20th century after the Ottoman Empire was dissolved, the tribes on the Arabian peninsula shifted allegiance as often as the shifting sands of the desert. Colonial powers of the west began stirring as the economic might was driven by fossil fuels.

Did Jordan's closest allies plot to unseat its king?

The phone call that shook the Jordanian government came in the second week of March this year. On the line to the General Intelligence Directorate (GID) in Amman was the US Embassy, seeking an urgent meeting about a matter of national importance. The kingdom's spies were startled. Danger was brewing on the home front, they were told, and could soon pose a threat to the throne.

Within hours, the GID had turned its full array of resources towards one of the country's most senior royals, Prince Hamzah bin Hussein, a former crown prince and half-brother of the king, whom the Americans suspected was sowing dissent and had begun rallying supporters. By early April, officials had placed Hamzah under house arrest and publicly accused the former heir and two close aides of plotting to unseat King Abdullah.

...
"Sharing [the Haram al-Sharif] with the Saudis and the Israelis was definitely something they [the Trump administration] considered," said one US official. "They were desperate to get this done, and made no bones about blackmailing friend and foe. For the Emiratis it was F-35s. For the Sudanese, it was getting them off the terror blacklist. The prize (for both countries) was American patronage and Israeli technical expertise."

By mid-2020 King Abdullah was under increasing strain, buffeted by ill winds from Washington and just as troubled by the chill from across the border with Saudi Arabia. Jordan has depended heavily on both countries, the US primarily to fund its security apparatus and Riyadh to help pay its public sector. Privately, Riyadh had made its dissatisfaction felt with Jordan's reluctance to follow Trump's Middle East policy, according to officials in both capitals. The Kushner plan would cement Saudi Arabia as a central player in a reshaped region and clear the way for a peace with Israel.

"The rejection of the new Middle East on the other hand meant the entire plan would fall over," said a senior regional official who refused to be named. "Others, however, were willing to go with such a formula."

During the dying months of the Trump White House, demands to get the deal done intensified. Jordan's defiance angered Kushner and Prince Mohammed, who had also been displeased with a similarly reluctant Palestinian president, Mahmoud Abbas.

Preparations were already made in the news media of Israel and the GCC States, especially the rightwing Jewish press ... Trump/Kushner/Netanyahu had opened the Gates of Hell.

For the Jordanians, guardianship over Al-Aqsa is not just about the longstanding legacy and religious and historical tradition, but is the central anchor that bolsters their monarchy, granting it legitimacy in the face of Islamic extremist elements in Jordan. A weakened presence on the mount, Jordan fears, will necessarily also undermine stability in the kingdom, to the point of presenting an existential threat.

To all this, we will need to add Morocco in the near future. Under Morocco's previous king, Hassan II, the Organization for Islamic Cooperation's Jerusalem Committee determined years ago that the status Jordan enjoys on the Temple Mount is temporary in nature. In response to this assertion, the Jordanian representative walked out of the committee's discussions and returned to Amman. Egypt and Saudi Arabia took Morocco's side at the time.

Israel is aware of the pan-Islamic sensitivity to the primacy Israel has granted Jordan on the Temple Mount. Under the late Prime Minister Yitzhak Rabin, Israel offered then-Jordanian King Hussein to establish a multinational religious directorate on Al-Aqsa that would include representatives from Jordan, Saudi Arabia, Morocco and the Palestinians. It was proposed that the directorate would be tasked with managing the religious-administrative autonomy the Muslims enjoy at the site. Hussein agreed in principle, as long as Jordan was given priority within this executive framework.

Capitalism and Political Incompetence No 10

How the Biden Win Saved the King!

by Frank Schnittger - May 24
7 comments

Joe Biden Bestows Praise On Netanyahu and Himself