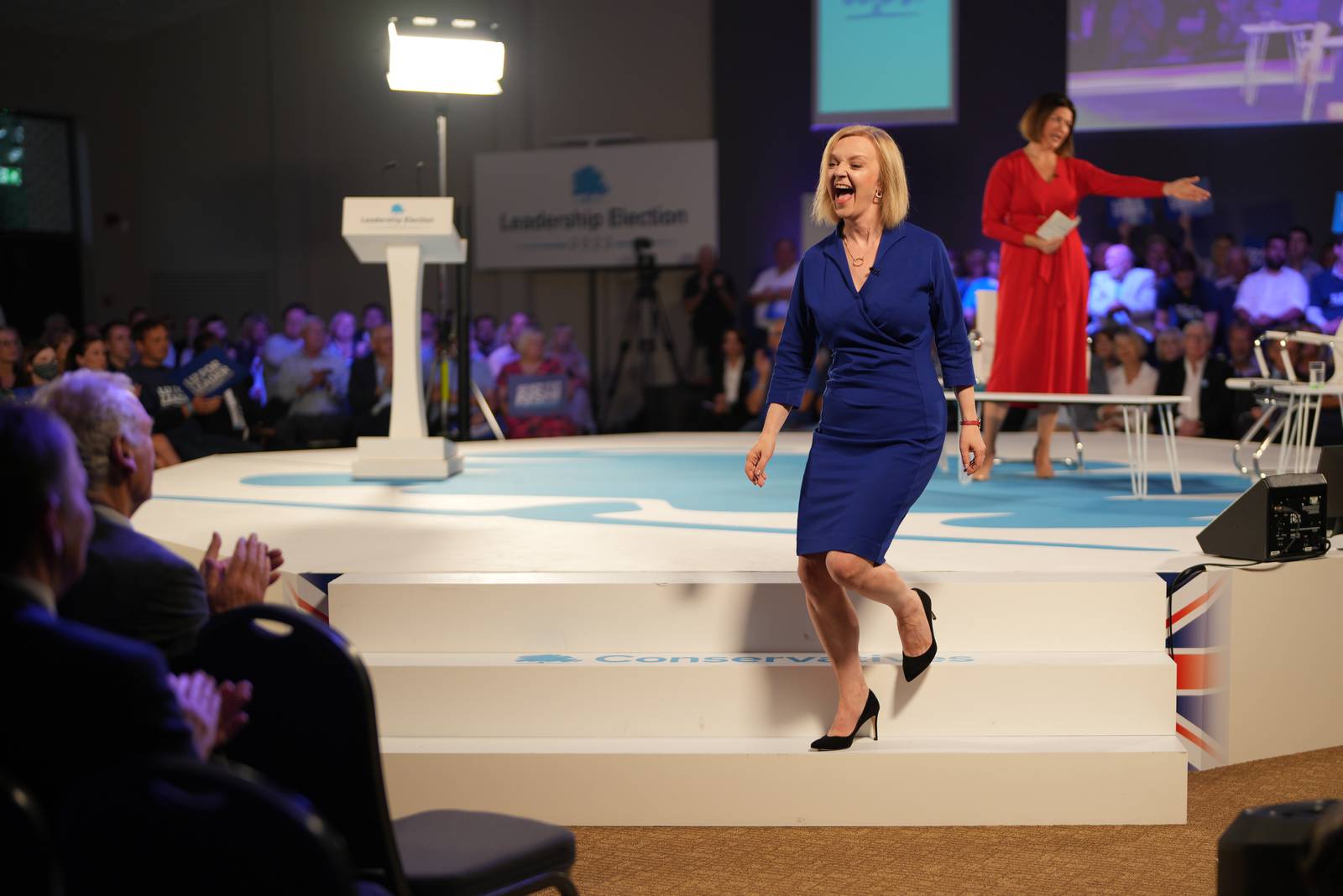 It is difficult to imagine a British Prime Minister even more shallow than Boris Johnson, but Liz Truss seems determined to pull off that trick. Wearing costumes straight out of the Margaret Thatcher wardrobe, she is now channelling Trump by hurling insults at her political opponents.

Labelling Scottish First Minister, Nicola Sturgeon, an "attention seeker best ignored", and Welsh First Minister, Mark Drakeford, as a "low energy version of Jeremy Corbyn" she has probably added a few percentage points to the the potential pro-independence votes in both countries.

One shudders to think what she would have called Michelle O'Neill of Sinn Fein had she been elected First Minister of Northern Ireland, if the DUP hadn't frustrated the will of the electorate by refusing to nominate a Speaker to allow the N. Ireland Assembly to assume its duties and appoint a First and Deputy First Minster and an Executive.

But that is not the point. She is trying to win the votes of Tory Party members who are largely based in southern England, average age c. 70, and heavily infiltrated by former UKIP members. And they are lapping it up if the polls are to be believed: Two polls put her 32 and 34% ahead of her rival Rishi Sunak among the 170,000 Conservative Party Members who will decide the election.

Sunak is the Brexiteer seeking to promote Britain as a rival to the EU by reducing "red tape", inflation, and promoting financial services. Truss, the former Remainer, has become the darling of the Brexit ultras by piloting the Northern Ireland Protocol Bill through the House of Commons thereby threatening wholesale breaches of the Withdrawal Treaty.

She will also borrow an additional £34 billion to reduce taxes while cutting public expenditure further - a proposal she had to withdraw when it was pointed out that Britain was already desperately short of the doctors, nurses and teachers most impacted by her proposals.

Britain is already teetering on the brink of a recession and so some additional tax reductions may be beneficial in the short term while threatening to boost inflation further. It is difficult not to foresee a balance of payments crisis down the line with Britain's exports already declining and a trade war with the EU almost inevitable if the Northern Ireland Protocol Bill becomes law.

With relations with Ireland already down to a low not seen since Bloody Sunday in 1972, she is expected to inflame tensions within N. Ireland further. Combined with her remarks about the Scottish and Welsh First Ministers, it is difficult not to see her election as the start of the break-up of the United Kingdom.

For the EU, it probably does not make too much difference whether Truss or Sunak wins - both support the N. Ireland Protocol Bill. But the EU response to that Bill becoming law is absolutely crucial. If it allows the UK to flagrantly break a solemnly signed and ratified Treaty the EU might as well break-up into its member states. The EU is nothing if it cannot enforce the rule of law.

Truss will relish the conflict as it will burnish her Thatcherite credentials as a war leader. The question is whether the EU will let her win. Nothing less than the EU's survival will be at stake.