Update - finished diary with the Jewish support by Putin and ties to Chabad-Lubovitch, Rabbi Lazar, Bibi Netanyahu, Naftali Bennett and the Jewish oligarchs in both Kyiv and Moscow.

First of all I do appreciate the views expressed in the article, a broad sense of human rights and views on injustice. Especially the highlight about the hypocrisy of the UK government on racist and xenophobic policy about refugees and asylum seekers.

According to the UN, well over 3.1 million people have fled Ukraine to seek safety in neighbouring countries.

Johnson said Britain was being "very, very generous", but we need checks at our borders (sic) | ABC News |

French Interior Minister Gerald Darmanin said that hundreds of Ukrainian refugees in the English Channel port of Calais had been turned away and told by British authorities that they must obtain visas at U.K. embassies in Paris or Brussels.

So we are now reading more articles how the West can survive a limited nuclear war in Ukraine. Human Kind cannot stoop any lower. The paid jobs in so-called "Think-Tanks" apparently are just for war hawks and fascist element in society today. Have been warning for such a development for over a decade now. It's a tragedy to see the worst case scenarios evolve into reality.

Detonation of a Nuclear Bomb on Ukraine, The Netherlands Will Hardly Notice Any Effect

Has it come to this? - Frontpaged - Frank Schnittger 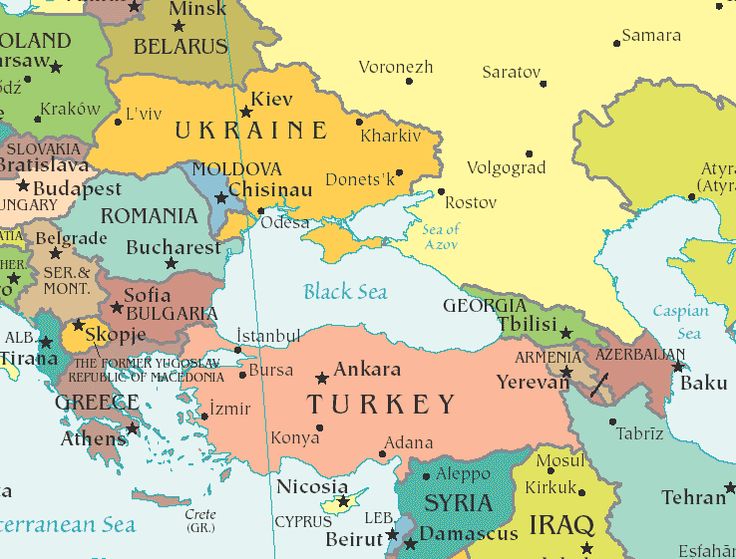 Excellent article in the Guardian where I'll add my own writing over two decades. The author apologizes beforehand for taking a neutral stand which by no means leaves Vladimir Putin off the hook for invading a sovereign state.

A turning point in the Ukraine? Throws Erdogan his support behind NATO and the West?


Türkiye's President Erdogan underlines the importance of maintaining dialogue between Russia and Ukraine to resolve the conflict to US President Biden. TRT World's Hasan Abdullah has more on the two presidents' phone conversation pic.twitter.com/1SOO0OJ6Ey

Fascism Expanded On the Coalition of the Willing

Joe Biden saved Europe from Trumpism, to conclude his confrontation with Communism and the Evil Empire.

Biden in 1997 saying that the only thing that could provoke a "vigorous and hostile" Russian response would be if NATO expanded as far as the Baltic states pic.twitter.com/i0yfEgIGZA

US politics is not about leadership, but has become winning by any means. Lies, misleading the electorate ...

Fits quite well on the historic concept of the Clinton/Yeltsin era and the coming man Vladimir Putin from St. Petersburg.

Honestly we need to start having some serious conversation regarding energy policy. No green party BS ..real conversations.

Assassins On the Potomac River

A few days ago on Dutch television for newsnight in "Nieuwsuur" interview to explain the difference what is right and what is wrong in the Ukraine and Putin. Charming person ...

Translation:
A former top US intelligence official said the administration #BarackObama should have done more to punish Russia for annexing Crimea in 2014.

A few years ago Nieuwsuur introduced Anne Applebaum as an independent expert on Russia and Putin. With a determined tread, Dutch were converted from the "socialist school" of media and judges to a new generation believing in less regulations, less labour rights and more freedom for business and corporations. A carpet was rolled out for rightwing warmongers and populists riding on a wave of xenophobia. The European Union and its founding Four Freedom in death throngs ... a steady deterioration of humanity and a social soul. After Brexit and the present Ukraine crisis, I see the demise of the EU-27 as an economic power steamrolled by a rightwing America.

Quad In Past Tense

For the first time since the onset of the #UkraineWar, the leaders of the #Quad--#Modi, #Morrison, #Kishida, and #Biden-- discussed the ongoing violence in #Ukraine. Read more about what they said: [_link] #India #Australia #Japan #US #Russia #IndoPacific

Propaganda on the grave of 100,000 victims of German Einsatzgruppen in September 1941.

To the world: what is the point of saying «never again» for 80 years, if the world stays silent when a bomb drops on the same site of Babyn Yar? At least 5 killed. History repeating...

The Duma will recognize the independence of Luhansk and Donetsk regions. The NSC  will approve military action as last resort to protect the Russian citizens.

After fall of Gaddafi, Cameron & Sarkozy hailed victory in #Libya. This week, UK & France followed US out of Tripoli pic.twitter.com/wCIKZZzO1n

Full break of Europe with aggressive war hawks in London and Washington DC.

The MEP could force the EU Commission to let the hammer fall on Poland and Hungary. Postponement of economic sanctions isn't longer an option. The EP had passed legislation a year ago to tackle the disregards by both nations to European norms and solidarity.

Welcome today's #ECJ ruling on the #EUBudget #conditionality mechanism. Now the #EC will carefully analyse the ruling and finalise the guidelines as next step. [_link]

Members of the EP threatened to file a motion for a vote of no-confidence against EU Commission Ursula Von Der Leyen ...

A day of reckoning with an outcome of uncertainty ...

Boris Johnson is a symptom of a much broader problem in British politics - which can only be fixed with new policies, and - almost certainly - new parties and a new electoral system [_link]

Boris: Putin Can't Wait, I Will Not Resign

Whiff of Munich In the Air

Damn irresponsible fools at the controls of war and devastation ... freedom of Europe at stake. Do not expect any rational leadership out of Washington DC. Mainland Europe should take a long lead what has happened to American democracy after the 9/11 attacks.

Where are the mass protests?

Once again, no fruitful contact to advance diplomacy. On a down hill path toward a big mistake ...

Kickoff on the west coast comes at 3:30 p.m. Sunday (6:30 p.m. ET), so the sun will indeed still be shining. Weather forecast: temperatures are expected to reach 84 degrees around kickoff.

US Intelligence: Attack 'Imminent' Postponed To Next Week

Is the "Axis of Resistance" in a better or worse position? The Martyr Qassem Soleimani achieves even more than the Major General did [_link] pic.twitter.com/IpMxT8z8Ea

A long list of terror attacks against the Islamic Republic of Iran and assassinations of key nuclear scientists w/o accountability.

ASMLA Terror In the Low Countries

Against all odds, the Vienna talks will resume under very clouded, dark skies ...

The Biden administration waives sanctions threats against countries like #Russia and #China that were cooperating w/parts of #Iran's non-military nuclear program. State Department says move isn't a concession, rather is "in our vital national interest." [_link]

Representatives of FEAR Inc. and Islamophobia in the United States spreading it's wings across the Western world.

Remember: if you think opposition to jihad violence and Sharia oppression of women and others is "Islamophobia," you're enabling that violence and oppression. While you preen about having the moral high ground, you're on the side of innocent people having their lives destroyed.

Germany's Economy Minister Robert Habeck warned against Europe's No.1 economy becoming a "pawn" in Russia's game. Natural gas stockpiles across the EU are at their lowest in years as tensions over Ukraine intensify.

False representation of facts in behest of Biden's war on the European consumer for American interests only. 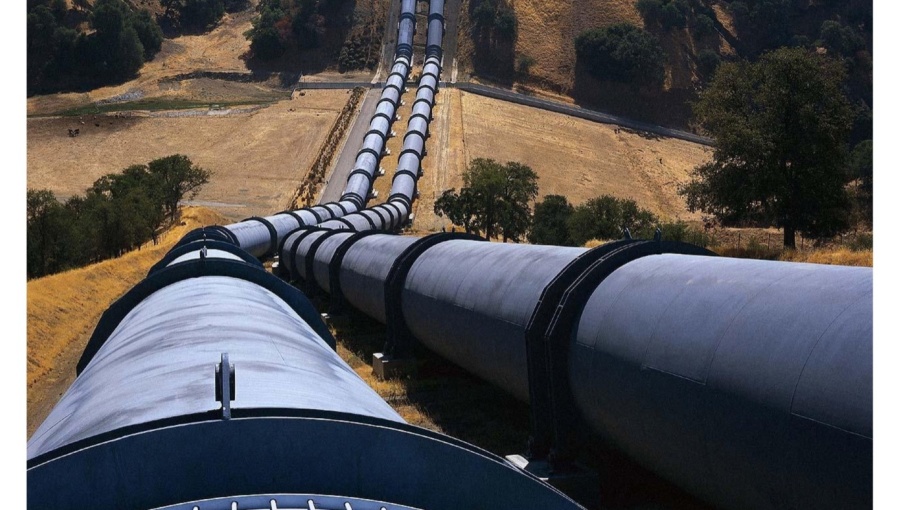 Natural Gas Stockpiles Across the EU

A falsehood as the researchers of European energy supply and demand, stockpiles and failure of countries to renew contracts with Gazprom for delivery. Key nations blocked delivery of Russian gas to heighten the tension for the rest of Europe, specifically Poland and the Yamal pipeline and Ukraine that was in a long negotiation with Gazprom for a long-term gas transport contact. As the allied powers blocked supply though Nord Stream 2, and high demand in Asia, much of Russian gas and LNG supply by tankers were heading to the Far East. Furthermore Poland thought it opportune to start a lawsuit vs. Gazprom.

"Current inventories are about 47% of full capacity," Bernd Weidensteiner, senior economist at Commerzbank in Frankfurt, told DW. "Normal for this time of the year is about 60% ... so we are significantly lower."

Indeed, a Commerzbank graphic posted to Twitter shows that, in previous years, EU inventories have ranged from 60% to more than 85% in January.

Translation:
Plus for Putin: The natural gas storage facilities in the EU are currently only about 55% full - significantly less than the long-term average. Deliveries of liquefied natural gas, which are transported by tankers, could not quickly replace missing Russian gas.

The year 2020 was a low demand due to the global pandemic and the winter 2020/21 was severe across Europe with a higher demand. The vaccinated powers came out of the Corona crisis late Summer 2021 with an upsurge for demand and Europe falling behind the demand by the Asian countries. The US has become a fossil fuel exporter, thus in a comfortable seat of economic power. It are the European nations themselves responsible for the gas contracts and timely supply for their stockpiles. Brussels has deregulated the production and transport of gas from government level to private business. "To advance competition in the market and benefit the consumer." Just an ugly blame game and pointing fingers at our common "enemy".

"A second plane hit the second tower, America is under attack"

Our government still puts its relationship with the Saudis first.
That's reprehensible and reason to wonder whether the U.S. is
even the dominant partner. Terry Strada | Opinion contributor |

20 years later, will Biden reveal Saudi terror complicity to 9/11 families like mine?