It's been almost a fortnight since our last round-up on the US Elections and not a huge amount has changed. Biden got a 3% uplift from +7% to +10% in the opinion polls after the first debate and Trumps subsequent Covid-19 diagnosis, with many Americans disapproving of Trump's performance in the debate and his failure to take adequate precautions against the disease. Post debate bumps in the polls often don't last, but the continued prevalence of the pandemic has kept Trump's performance on the pandemic front and centre of the political stage.

The 2021-2026 EU UK Trade war was an unprecedented event in post WWII European relations although it did have some minor antecedents in European economic wars prior to that - such as the 1932-38 Anglo-Irish economic war. It ended only after the near collapse of the UK economy and led ultimately to Scottish Independence and Irish reunification.

Relations between the UK and EU had been deteriorating ever since the 2016 Brexit referendum culminating in the breakdown of relations in early 2021 following the UK adoption of legislation which explicitly broke the "oven ready" EU UK Withdrawal Treaty which had been ratified in January 2020 following a general election fought and won on endorsing its terms.

The Vice Presidential debate ended with a slight win for Kamala Harris but is unlikely to change voting intentions to any significant degree. The moderator allowed Pence to constantly over-run his speaking time and interrupt Kamala Harris on hers, and made no attempt to ensure the candidates actually answered the question asked.

It's been a month since ARGeezer's diary on the US elections, so what has changed? Firstly, some significant events have taken place:

Two things puzzle me: Firstly, how can the UK government presume to rely on the benefits of WTO membership when it is itself in flagrant breach of international law in relation to the Withdrawal Agreement which was ratified only this year following a general election won on recommending its terms?

And secondly, why is the EU's only response to date been to threaten legal action against the UK before the ECJ when one of the stated aims of Brexit is to break free of the jurisdiction of the ECJ. Why would the UK respect the judgement of a court it has explicitly sought to delegitimize?

Allowing states to flout the law has real consequences for real people, as the people of Northern Ireland can testify only too vividly. Nobody has ever been prosecuted for the wilful gunning down of 26 unarmed civilians, 14 of whom died, in Derry in 1972. Now the Northern Ireland Prosecution Service has announced that only one soldier, named soldier"F" at the enquiry, is to be prosecuted, almost 50 years after the fact. Hence my draft letter to the editor below:

Newton Emerson, a unionist commentator, has an article up in the Irish Times echoing Boris Johnson's complaint that the EU is threatening to blockade N. Ireland's food supplies. This is part of Johnson's justification for breaking international law even though discussions at the joint implementation body on the N. Ireland Protocol of the Withdrawal Agreement had been, by all accounts, making good progress in resolving outstanding issues.

The UK is to unveil internal market legislation tomorrow (9/9/20) which will break international law albeit in what they describe as a limited way. Specifically it will abrogate sections of the Withdrawal Agreement which require the UK to implement customs controls at the N. Ireland Great Britain sea border thus providing back-door access to the Single Market for British goods - whatever any trade agreement might say.


The Cabinet has proposed Mairead McGuinness and Andrew McDowell as candidates to replace Phil Hogan at the European Commission.


Minister for Foreign Affairs Simon Coveney will not be one of the Government's nominees for the role of European Commissioner.

Andrew McDowell is a former Fine Gael advisor and until recently vice-president of the European Investment Bank .

Andrew McDowell is a former backroom Fine Gael Economic advisor and a political non-entity. No one seriously believes he will get the job. But Commission President Ursula Van Der Leyen had made it clear she wanted "both a women and a man, not a man and a women nominees," in the words of Leo Varadkar. Basically no man need apply, and in the end no one of substance did. Why put your present job at risk by applying for another, when you know you won't get the job?

Commission President, Ursula Van Der Leyen has asked the Irish government to submit both male and female candidates to replace Phil Hogan as European Commissioner while EU sources are stating that any replacement is unlikely to retain the important Trade portfolio.

Irish Times Columnist Jennifer O'Connell has an article up basically saying that Trump, like all bullies, is afraid of all those who are not afraid of him, and seeks to patronise strong women because he is afraid of them. He is afraid of Kamala Harris because he knows she can beat him. This has provoked two letters to the editor in response from Jim O'Sullivan and myself:

In Ireland we are used to insulting, malevolent, and utterly ignorant commentaries on our affairs in the British tabloids in particular, but also in "respectable" broadsheets like the Telegraph, and supposedly sophisticated magazines like the Spectator.

"Lttle Leo" was portrayed as the EU's Lapdog doing their bidding at the behest of Macron or whoever was the EU bully-du-jour. He was running scared of Sinn Féin and adopting their policies. He was regularly told to shut up and stop interfering as Great Britain went about its Great Brexit business.

In the past week two articles in the British media have offered a startlingly different perspective. The Editorial in the Guardian "an enviable beauty is born", was the less surprising. The Guardian is often more sympathetic to Irish (and Remainer) views, and even features Irish Times columnist, Fintan O'Toole, on occasion to offer an Irish perspective.

But if anything, it was the Economist which was the more gushing this week:

For a prestigious UK magazine, the Spectator does print some rubbishy articles, easily debunked. Unfortunately this one by Matthew Lynn, Europe's coronavirus rescue fund is dead on arrival," has now disappeared behind a paywall on the Spectator's main site but is still available in their US Edition (linked to above).

This is my riposte published in the Irish Times (second letter down). It begins by praising an Irish Times article, as this is the best way to get a letter published!

Text below, in case the above image doesn't render properly... 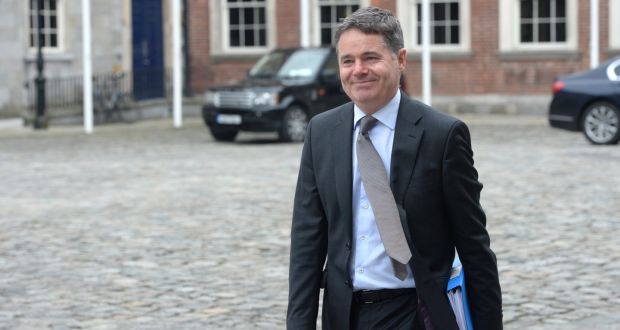 Ireland has scored a few significant diplomatic victories in recent times in getting the EU, and ultimately Boris Johnson, to accept its position on the N. Ireland border and winning a seat on the UN Security Council against strong opposition from Canada.

Paschal Donohoe's election as President of the Eurogroup of Eurozone finance ministers yesterday may not seem like much of a coup to casual observers, but it was gained against strong opposition from Spain's Finance Minster Nadia Calvino, who had been favoured by France, Germany and some Mediterranean countries as an economist with experience working within the EU institutions who would make the argument for a generous response to the Coronavirus pandemic.

The Irish Times has published an edited version of my letter on Covid-19 and travelling on foreign holidays. The context of the letter is an increasingly polarised debate on-line about the merits of doing so. For the past couple of weeks Ireland, north and south, has been on the cusp of eliminating the virus completely, with only a handful of deaths and between 4 and 24 new cases per day. Some days have seen no deaths at all, and an increasing proportion of new cases have been related to foreign travel. Some things will never be the same again and to imagine it will soon be 'business as usual' may well be wishful thinking. Photo: Aine McMahon/PA Wire

The Irish Independent (and Irish Examiner) have published my letter on the possible end of a golden age for European politics. Apparently some browsers aren't rendering the screen grab of the letter properly, so I reproduce below the fold the image, text and link.

One of the elemental proprieties of democracy has been enacted  in Ireland today with the handing over of the office of Taoiseach from Leo Varadker, leader of Fine Gael, to Michael Martin, Leader of Fine Fail. The two civil war parties of Ireland are coalescing for the first time in tandem with the Greens.

Bitter personal rivalries and some policy differences have been set aside after the three parties agreed to coalesce on the basis of a 129 page programme for government endorsed by large majorities of their party memberships in the case of Fianna Fail, and the Greens, and an electoral college within Fine Gael.

The formation of the Government brings to an end an unprecedented 15 week hiatus since the General Election last February when no government could be formed for lack of an agreement between parties representing a majority in the Dail. Failure to agree would, most probably, have resulted in a second general election to resolve the impasse. 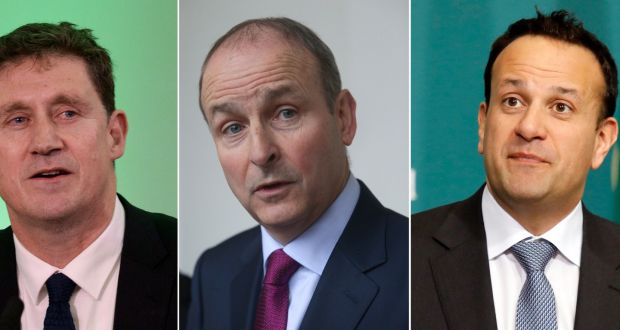 The Fianna Fail (FF), Fine Gael (FG) and Green parties have agreed a 50,000 word, 126 page programme for government which will now be put to the party memberships of FF and the Greens and an electoral college within FG for final approval. Approval is expected in FF and FG, but the two thirds majority of members required by the Green party constitution may prove a more difficult hurdle. Hence the ? in the title.

It's not easy being Green

Both the Irish Times: Leadership and the Green Party, and the Independent have published my letter to the editor today: